The Virtuoso VIII Chapter Two features a patented double face tourbillon, a patented spherical winding system, a patented tridimensional toothing with multiple gearing, a big date, and an incredible 10-day power reserve using just a single barrel. The Virtuoso VIII elegantly blends BOVET’s two iconic cases, the Fleurier and the Dimier. It features an inclined crystal aperture on the 12-6 o’clock axis. The steel is chamfered and polished, the disk plates are sunk and chamfered, and the tourbillon cage bridge is made of titanium to reduce the weight of the cage and prevent any magnetic charge. 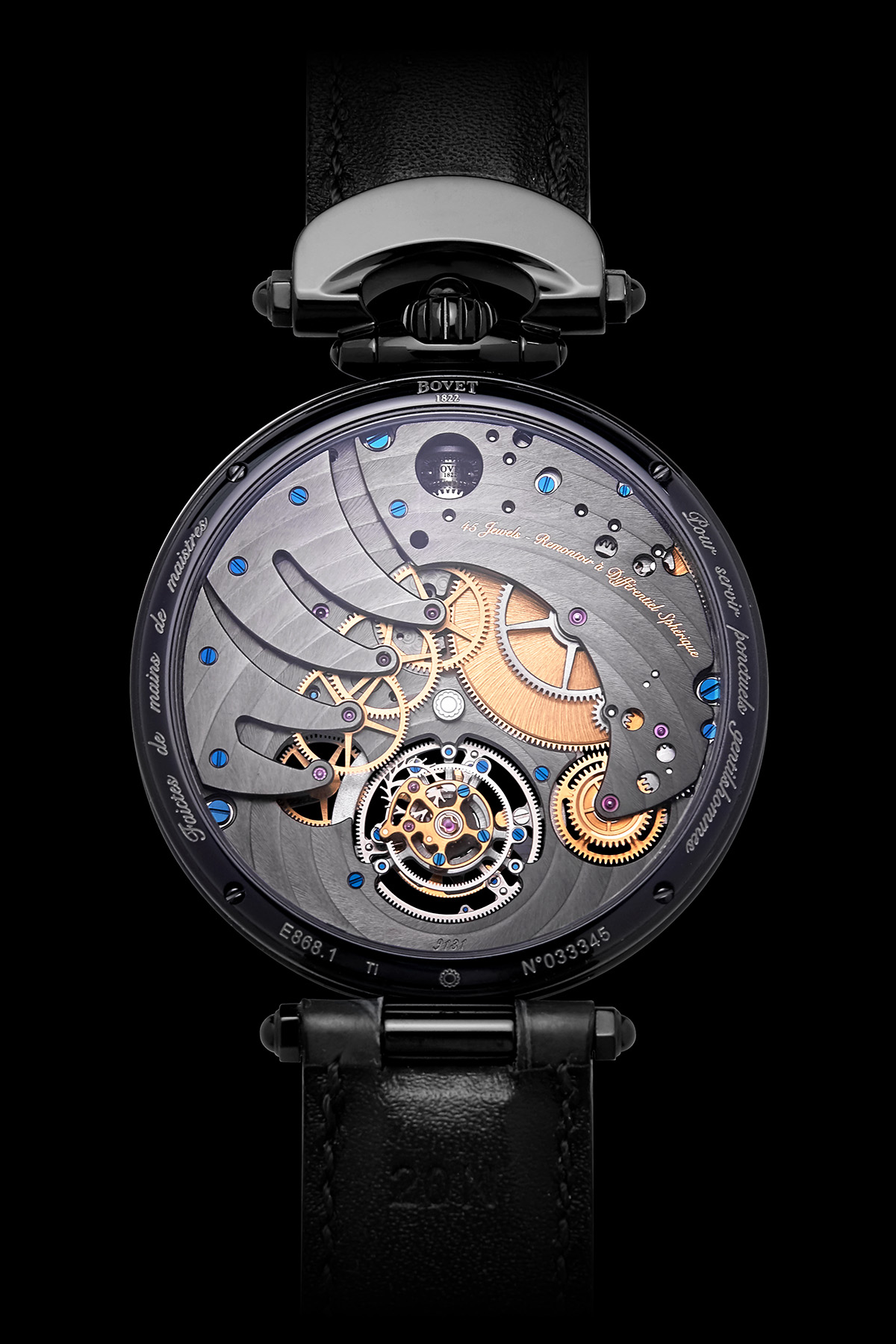 Virtuoso VIII Chapter Two features a variable inertia balance wheel. A curved end hairspring was specifically designed for this caliber and balance wheel. It is fixed to the tourbillon bridge by double-ended mobile stud support. The patented two-sided flying tourbillon is attached at the center of its axis. Distribution on either side of the escapement and balance-spring drastically reduces the lever-arm effect and friction. The Virtuoso VIII Chapter Two features a blue superluminova glass dial that accentuates the functionality and legibility of its complications. Adding to the stunning finishing, the watchmakers did not forget the comfort of the collector while making the date correction, as it does not require the removal of the timepiece. It is simply performed by pressing down on the iconic BOVET crown, positioned at 12 o’clock in the Fleurier bow cases.