DB28 XP Tourbillon – the DB28 concept distilled to its essence. In 2020, DE BETHUNE celebrates the 10th anniversary of the famous DB28 with the creation of three exceptional timepieces, one of which is the DB28 XP Tourbillon. Inspired by the famous dial of the DB28 Digitale, the design of the DB28 XP Tourbillon is an ideal of beauty, of elegance that expresses purity at its most absolute. The DB28 XP Tourbillon is not about amplification. On the contrary, it’s about distilling the essence. Offering hour, minute and second indications in 30”, the DB28 XP Tourbillon features an elegant and minimalist white dial with silver reflections rendered in a hand-engraved “barley grain” guilloche pattern, highlighted by a blued hour circle. The tourbillon positioned at 6 o’clock is made from titanium, beating at a frequency of 36,000 alternations per hour in an extraordinarily light cage (0.18 g, the lightest ever created) that rotates on itself every thirty seconds. It comprises a total of 63 components (of which the lightest weighs less than 0.0001 grams). So small, so light, so fast – the De Bethune tourbillon simply fulfils its function in a manner better suited for today’s watches. 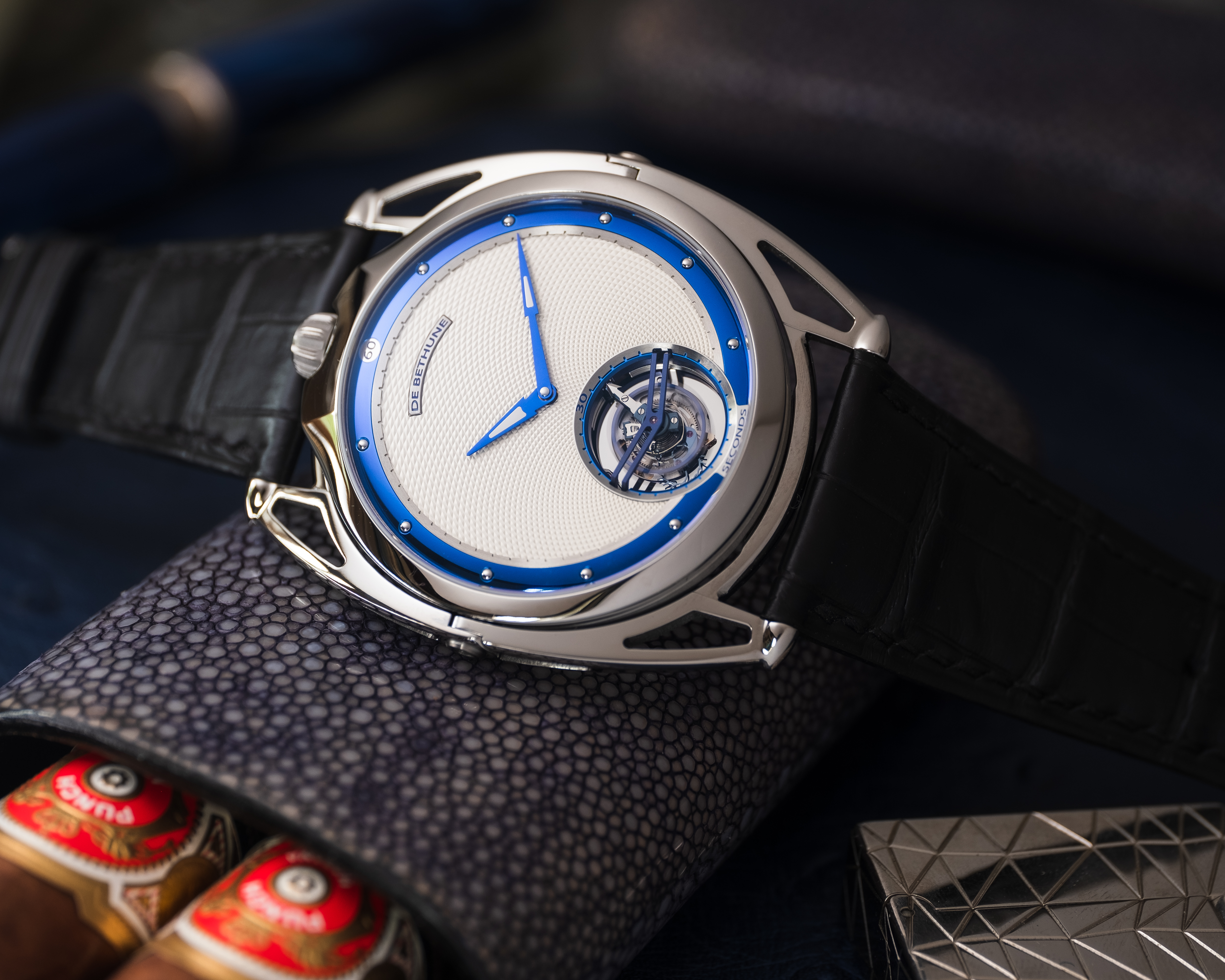