The completely new and original titanium case, firmly positions this GMT in a “sports” league of its own. In their creation of this timepiece, Robert Greubel and Stephen Forsey have pushed back the limits of ergonomics and wrist comfort. They have invented a totally new case form, perfectly round from above, while revealing the accentuated arched and ovoid shape from other angles. The aerodynamics of this timepiece 4 patents are reinforced by its integrated lugs and strap resulting in distinct functional forms that perfectly fit any wrist. The display side of the GMT Sport presents classic Greubel Forsey architecture, an open, orchestrated theatre between suspended bridges, semi-apparent wheels and floating dials in three dimensions. In keeping with the sporting vocation of this timepiece, the focus is on legibility and efficiency. The hours and minutes are displayed by concentric openworked hands whose curved profile follows the curvature of the case and movement. 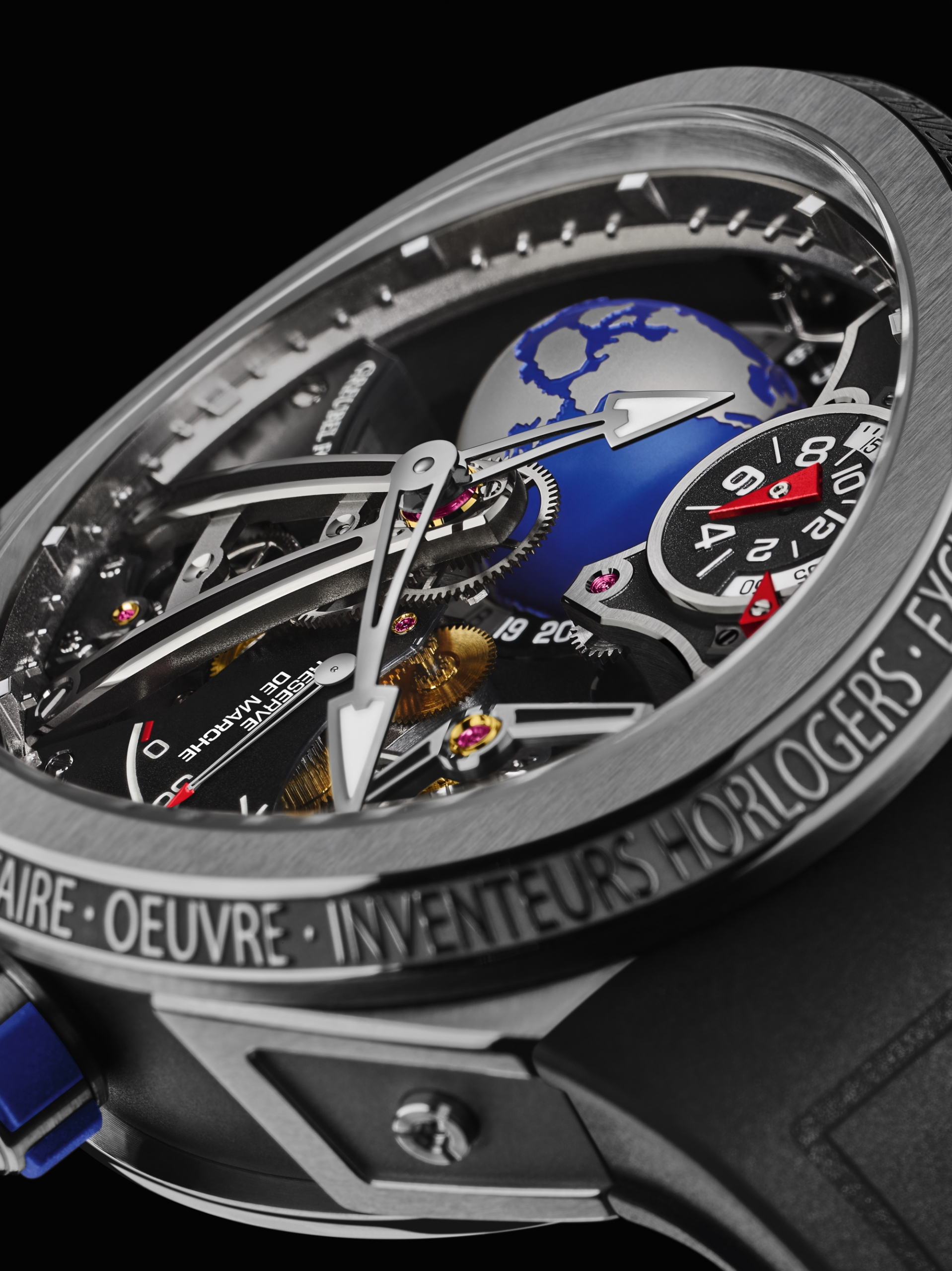 The Tourbillon 24 Secondes is showcased at 1 o’clock secured by its distinctive and highly polished tourbillon bridge with black finished openings. This third Fundamental Invention by Greubel Forsey stands out with its cage inclined at 25 ° completing one full rotation in 24 seconds. The faster speed combined with the inventive cage inclination, significantly improves chronometric performance in a single-tourbillon system, with minimal movement height. Precision and reliability summarise Greubel Forsey’s ground-breaking GMT mechanism. In this double-patented mechanism, the second time zone indication on the auxiliary dial between 10 and 11 o’clock is combined with a universal time display to intuitively read the current time anywhere in the world.