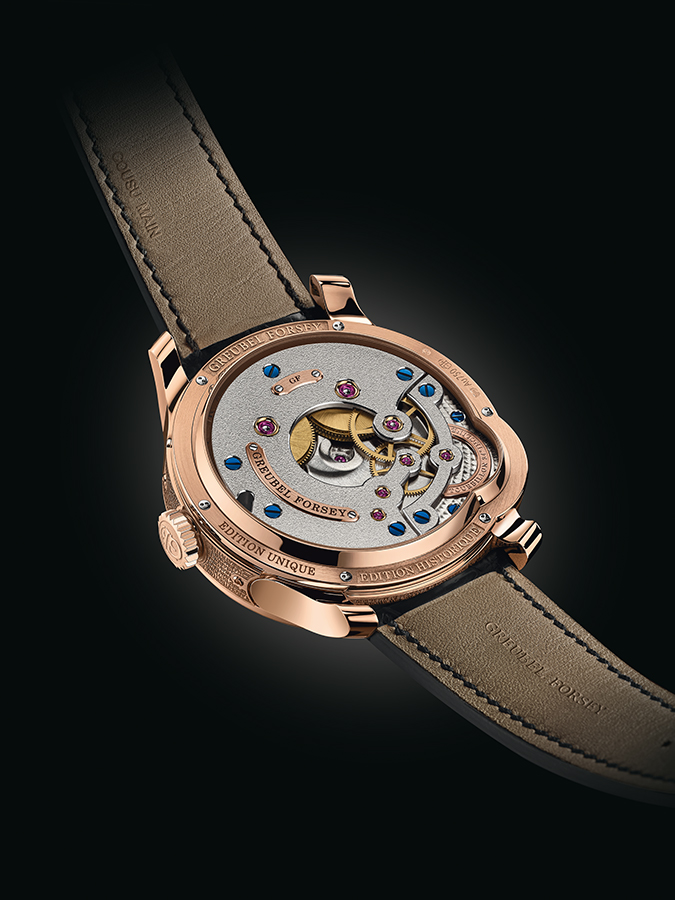 The Asymétrique was the model that made it possible to incorporate the Tourbillon 24 Secondes – Greubel Forsey’s third Fundamental Invention, visible at 8 o’clock – into a timepiece for the first time. Following on from the Double Tourbillon 30° Edition Historique unveiled in 2010, this is the second time that a Greubel Forsey timepiece has been honored as an Edition Historique, marking an end to a collection.