A rounded, compact body of titanium. Two prominent aluminium time-display “eyes”, rolling at anyone who dares look its way. A collar studded with projections that allow you to wind the mainspring or set the time. Stout but flexible “legs” that wrap firmly around your wrist. Just like the creature for which it is named, there’s more to HM10 “Bulldog” than meets the eye. Its hinged jaws open and shut according to the amount of wind left in its mainspring. If you can clearly see the rows of shining teeth lining the jaws, get ready, because that means “Bulldog” is full of fight, charged up with a 45 hours of mainspring energy. 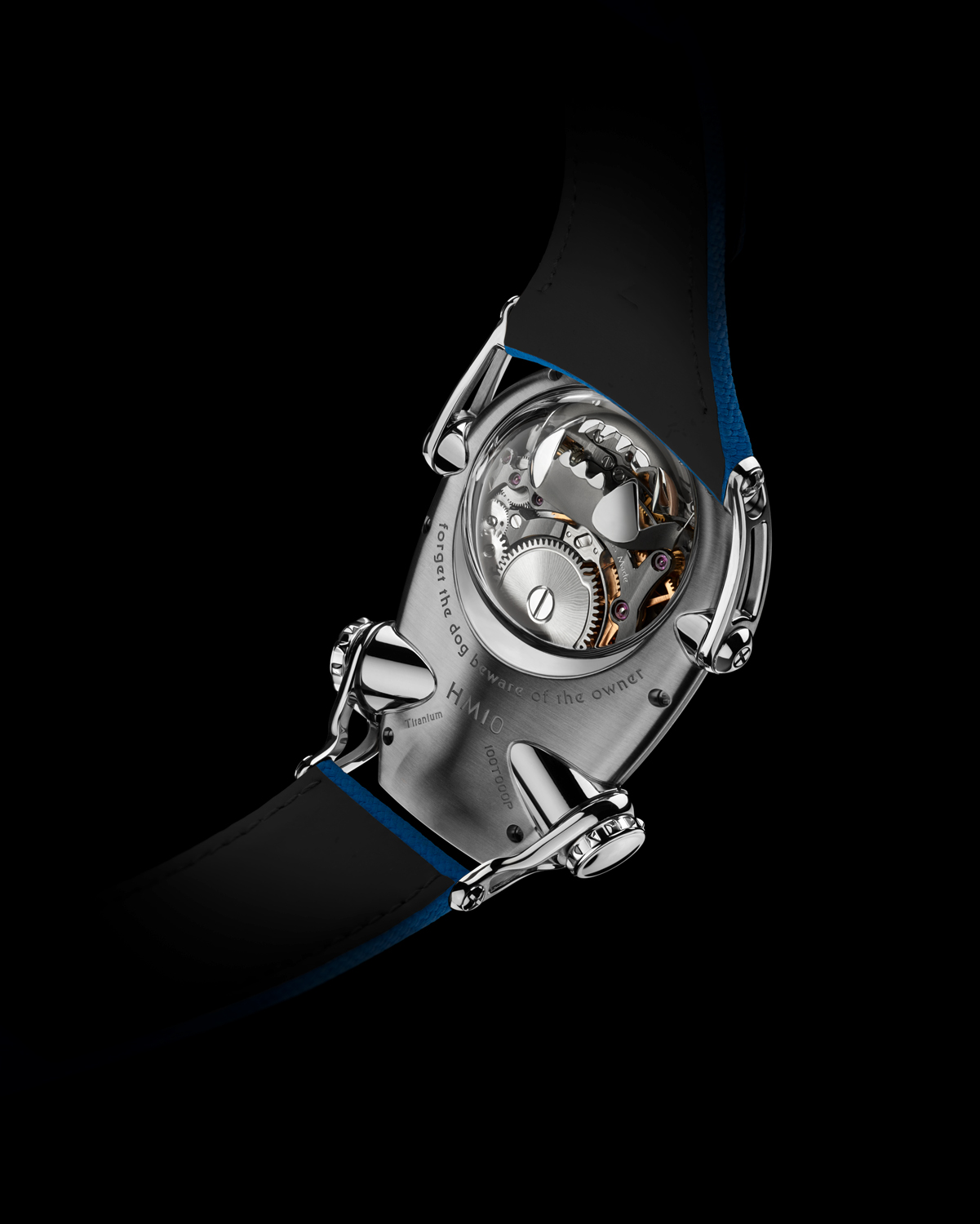 One final piece of advice for those who come across Horological Machine N°10 “Bulldog” is engraved on its body, like a cautionary message you might find on the collar of a particularly feisty canine. The beast may be intimidating, but it ultimately exists in service of another. People would do well to remember — “Forget the dog, beware of the owner”.