Presenting the Legacy Machine Thunderdome, jointly signed by Eric Coudray and Kari Voutilainen. Rising above a sea of blue guillochage is a rotating spherical mass of gears, pinions and cages. Somehow, from this chaos of motion, order is extracted. Time is indicated on an inclined dial of stretched lacquer, proving that even the wildest horological whirlwinds can be tamed into the logic of hours and minutes. 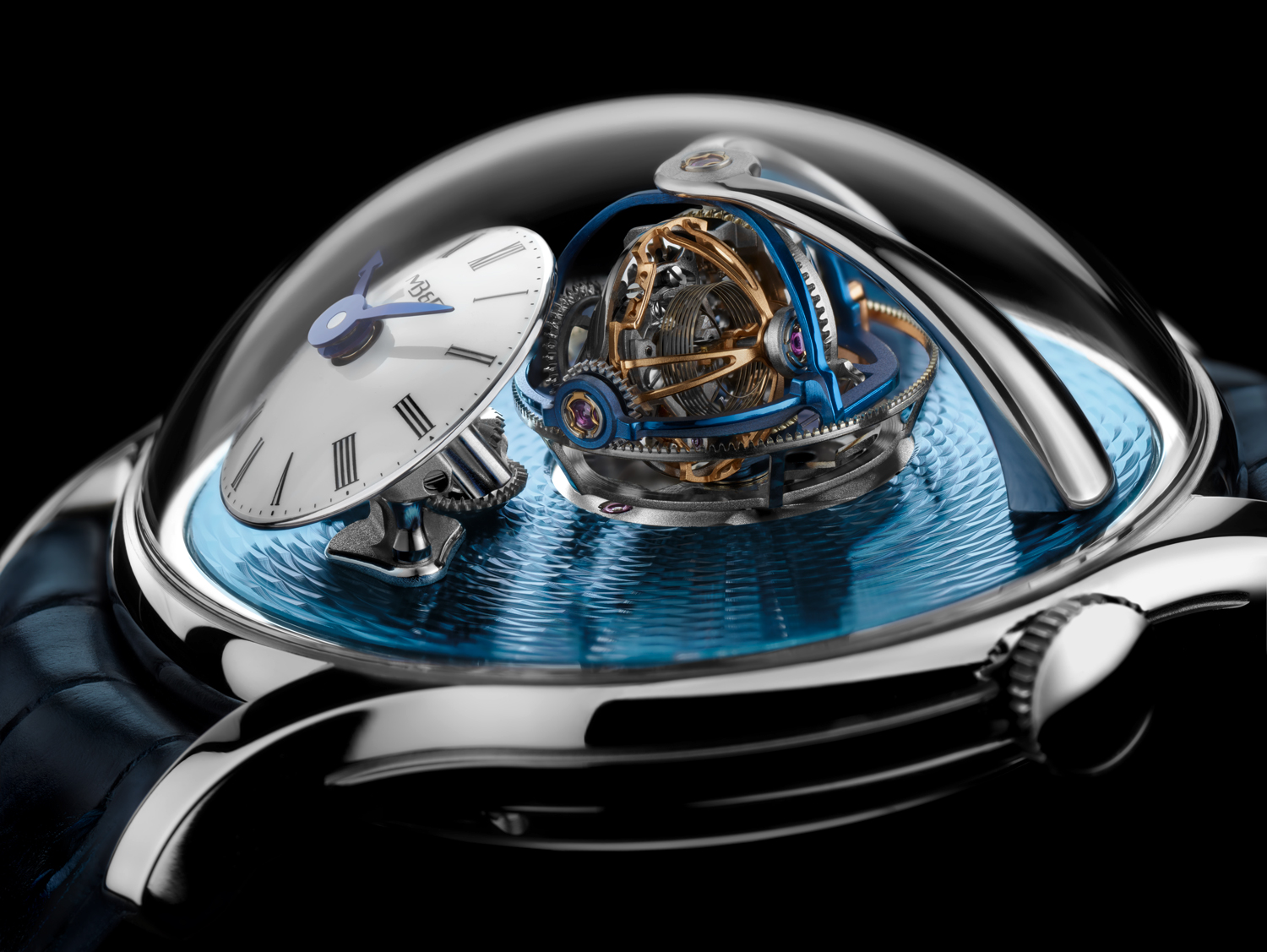 The new TriAx mechanism, as showcased in Legacy Machine Thunderdome, fulfils MB&F’s directive to Eric Coudray in spectacular fashion. The triple-axis rotating escapement has a stripped-down construction that transgresses both tradition and modern convention. Instead of the rational (and cumbersome) system that associates one cage with each rotational axis, the TriAx defies logic with a three-axis, twocage configuration that allows for unprecedented visibility of the Thunderdome’s beating, whirling heart.