The UR-105 CT is first of all a beautiful object that fits snugly in the palm of your hand. Its unique shape is a remarkable octagon with deep grooves along its length. The Art Deco influences are apparent in its geometric angularity and symmetry. As Martin Frei explains, “the Streamliner has a minimalist design with few frills and clean lines. In the initial drawings, I thought of the Empire State, the Chrysler and the Comcast buildings. That is why it has that vertical structure that seems to go on forever.”
You have to slide the catch on the top of the case to reveal the mechanism of the UR-105 CT. It’s a new wandering hour indication based on an openwork carousel, which carries the four satellites, each bearing three numerals for the hours. The hours successively sweep past the minutes scale for an analogue and digital display of the time. According to Felix Baumgartner, Streamliner is an apt name for this watch. “The UR-105 CT is a watch with a flexible design. When it is closed, it looks austere, with only the time indication visible. Open the protective cover and you delve into a metallic environment that is quite cold, yet you perceive a notion of speed and an effort at efficiency. The Streamliner’s carousel has been completely redesigned, becoming lighter, stronger and far more effective.” 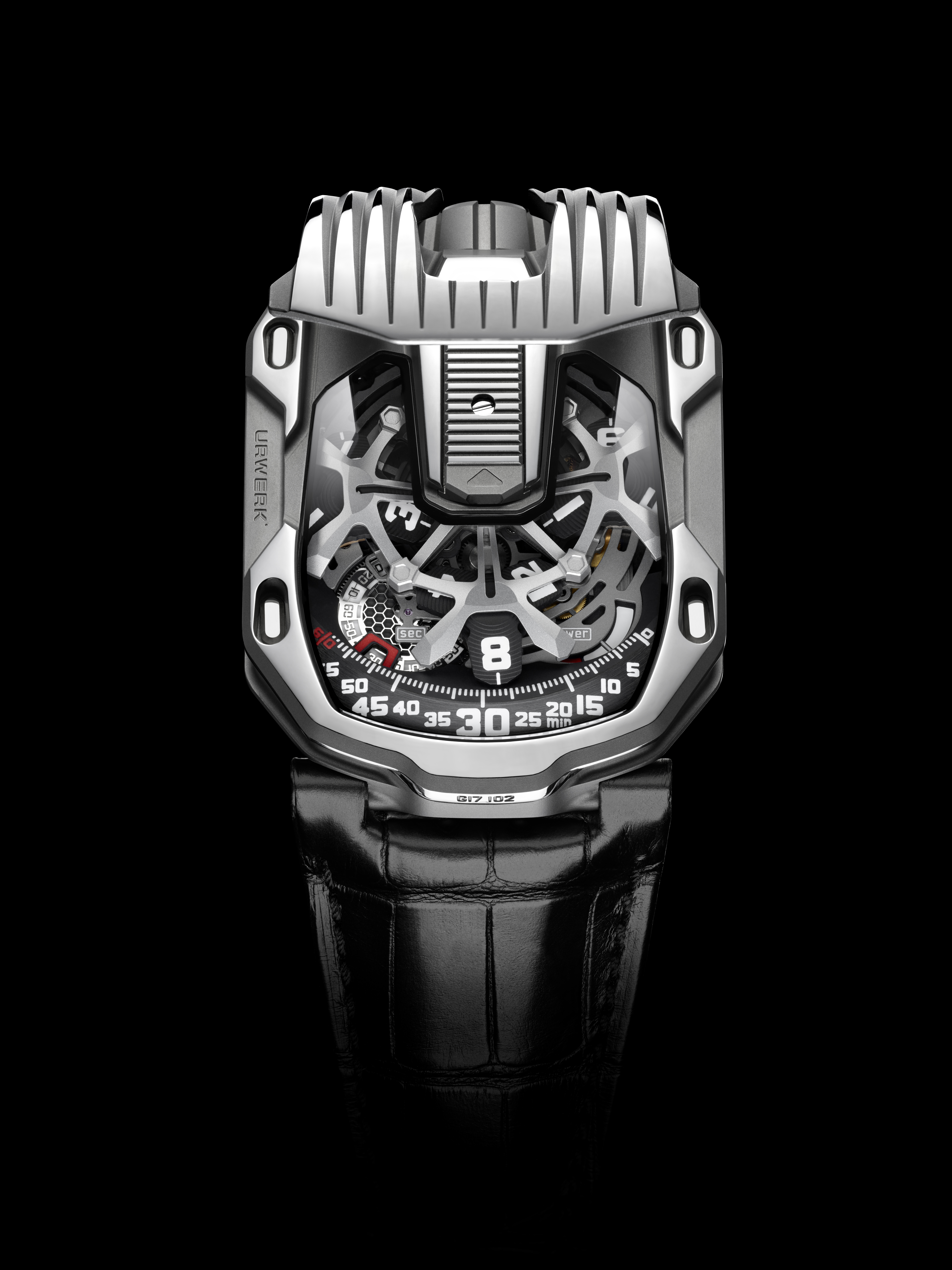 Two pneumatic turbines on the back govern the selfwinding rate, which can be set with a lever. In the FULL position, the slightest movement of the wrist is harnessed to rewind the barrel spring. Turn the lever to STOP to disengage the selfwinding system and wind up the UR-105 using the crown. An intermediate position, RED (for reduced) engages the turbines to dampen the winding rotor and avoid overstressing the mainspring, if you are particularly active.