The UR-T8, which marks the 20th anniversary of the brand, is URWERK’s first transformable watch. A series of precise actions unlocks the case from its cradle, flips it over and returns it with a satisfying click to protect the time beneath a titanium shield. It then becomes a mystery object on your wrist. From its shape and its intriguing, highly textured pattern, it is impossible to guess that it is, or even could be, a wristwatch. Squeeze again the two buttons on the side of the case to release it, lift it vertically, rotate it 180° about its axis and click it back into its cradle to return to the present time. There you discover a new version of URWERK’s trademark wandering-hour indication — the most intuitive way of telling the time. The 12 hours in groups of four on a three-armed carousel successively sweep across the scale of 60 minutes to show the time both digitally and analogically. It is the biggest and most elaborate carousel configuration yet applied by URWERK. 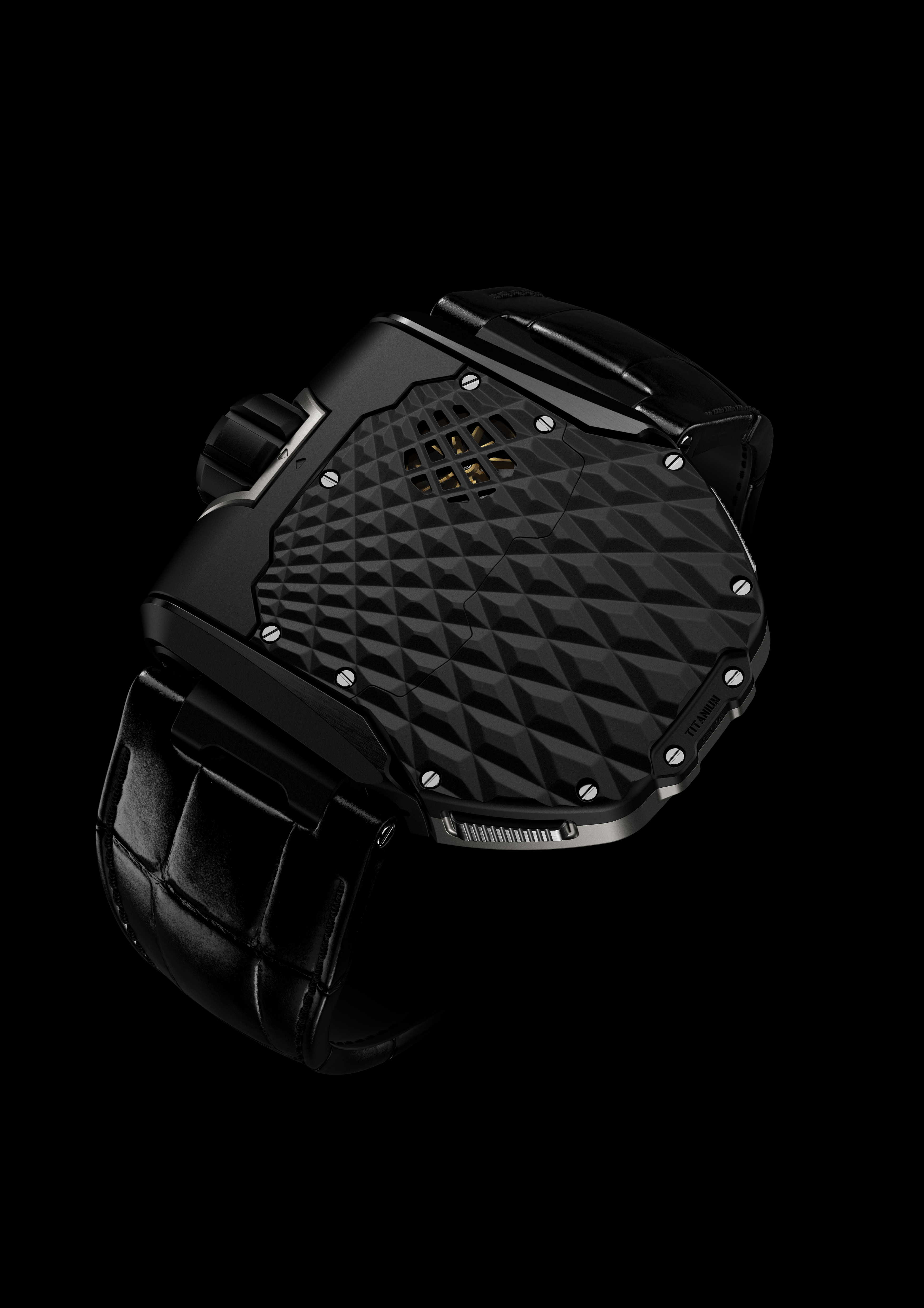