De Bethune presents a watch endowed with two faces. Two dials, two identities. A technical and aesthetic exercise that opens up a whole new field of research.The DB Kind of Two Tourbillon is perfectly reversible and can be worn on either side according to the mood of the moment. This model houses a highly sophisticated mechanism based on a complex system of gears and pinions arranged on the front or back of the watch, and which enables the hands to turn in the right direction, regardless of the dial chosen. Central seconds on one side? Shift the display of this indication to 6 o’clock on the other? Add a tourbillon that would be invisible on the other side? Opt for a modern or more traditional design? The initial inspiration was to create a watch with two very different identities, of which the aesthetic aspect guided the technical design of the new calibre entirely developed by Manufacture De Bethune at L’Auberson in the Swiss Jura. 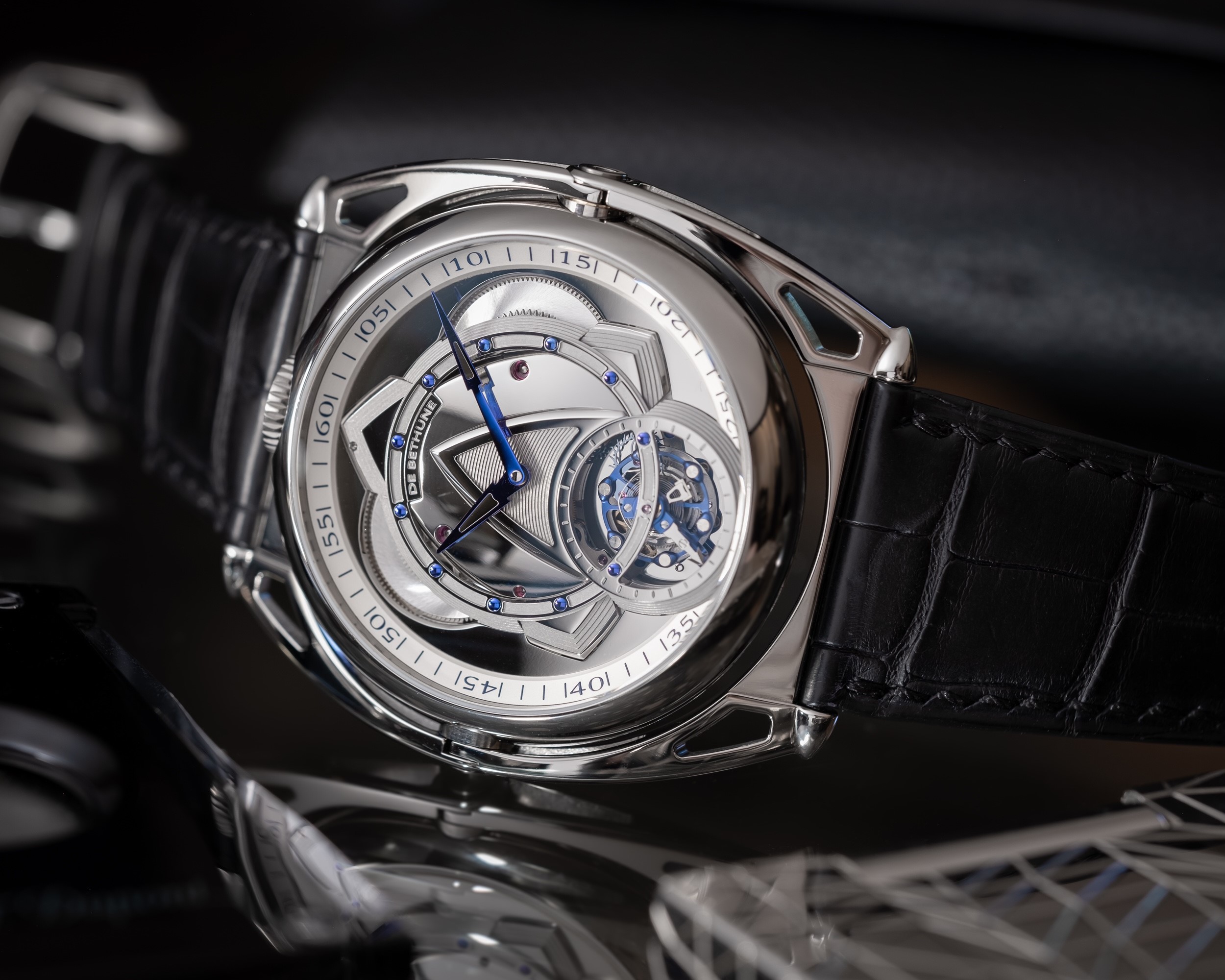 The front side of the DB Kind of Two Tourbillon displays a dial featuring a sleek, contemporary design, with central hours and minutes hands as well as a tourbillon at 6 o’clock, complete with a 30-second indication. Extensive work has been done on integrating polished, curved shapes, matt or glossy components, different thicknesses and levels, thereby creating a sensation of ample space and optimal volume, given the minimum height available for a tourbillon watch. A new type of deltoid-shaped bridge – this time perfectly symmetrical – is positioned in the centre, like an isosceles triangle that contributes to the overall sense of harmony.
The other side reveals a dial based on more traditional aesthetic inspiration, with a finely hand-guilloché central part surrounded by the numerals already featured on the dials of De Bethune models such as the DB8 and DB10. The tourbillon with its seconds has vanished, and on this face the hours, minutes and more surprisingly the seconds hands are all centrally positioned. This represents an extremely subtle technical challenge that is not necessarily perceptible at first glance, and therein lies the elegance of this timepiece.