An outer hull of sapphire crystal and precious metal, curved and bubbled and precisely fitted together in three parts, is sealed with a proprietary combination of patented threedimensional gasket and high-tech compound bonding process. Two fully independent cantilevered balances channel data into a differential that turns two heartbeats into one coherent time-pulse. Ultra-precise conical gears
efficiently turn the engine’s energy and information current through a 90° angle to feed the time display on a sapphire crystal dial, marked with Super-LumiNova. 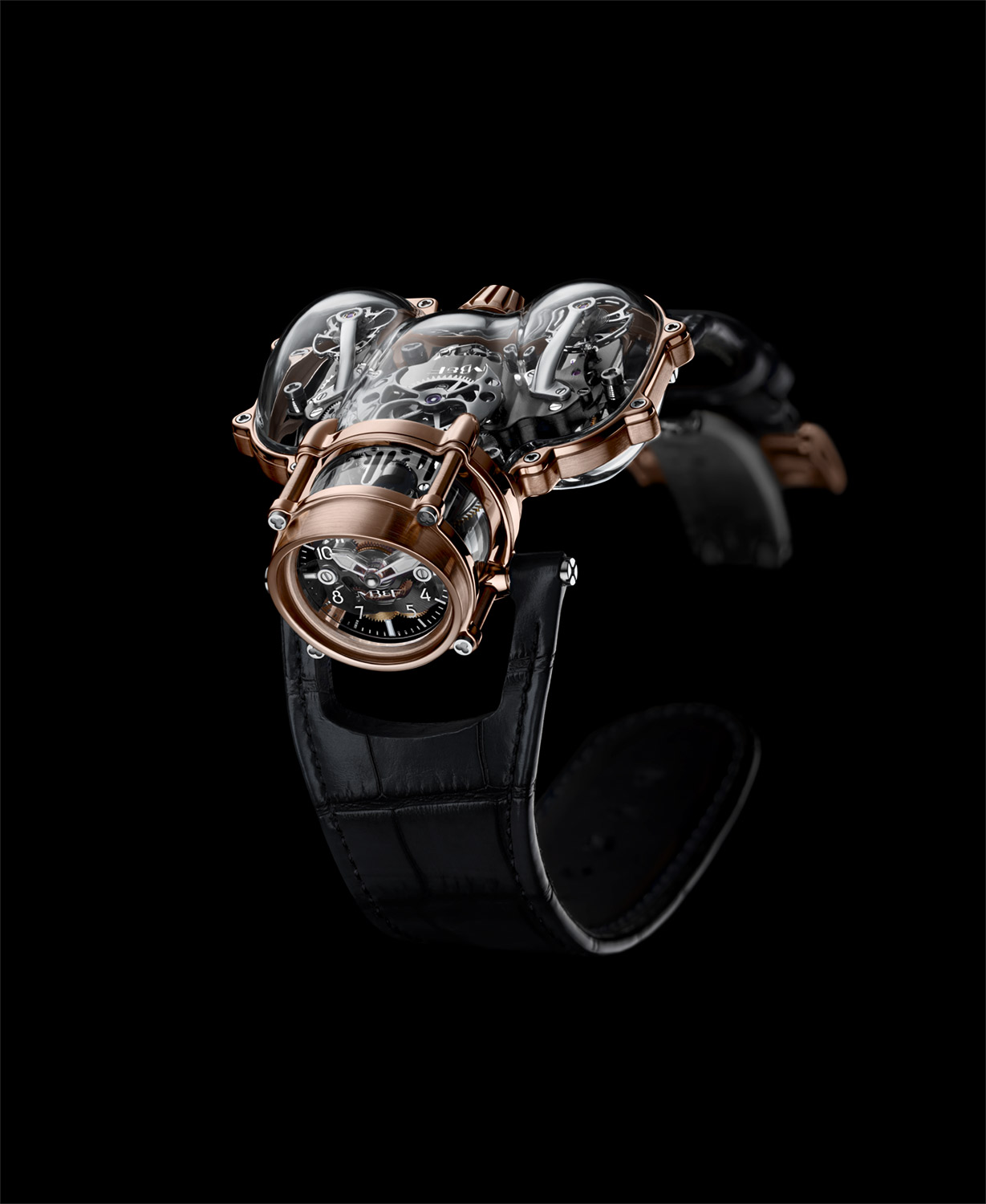 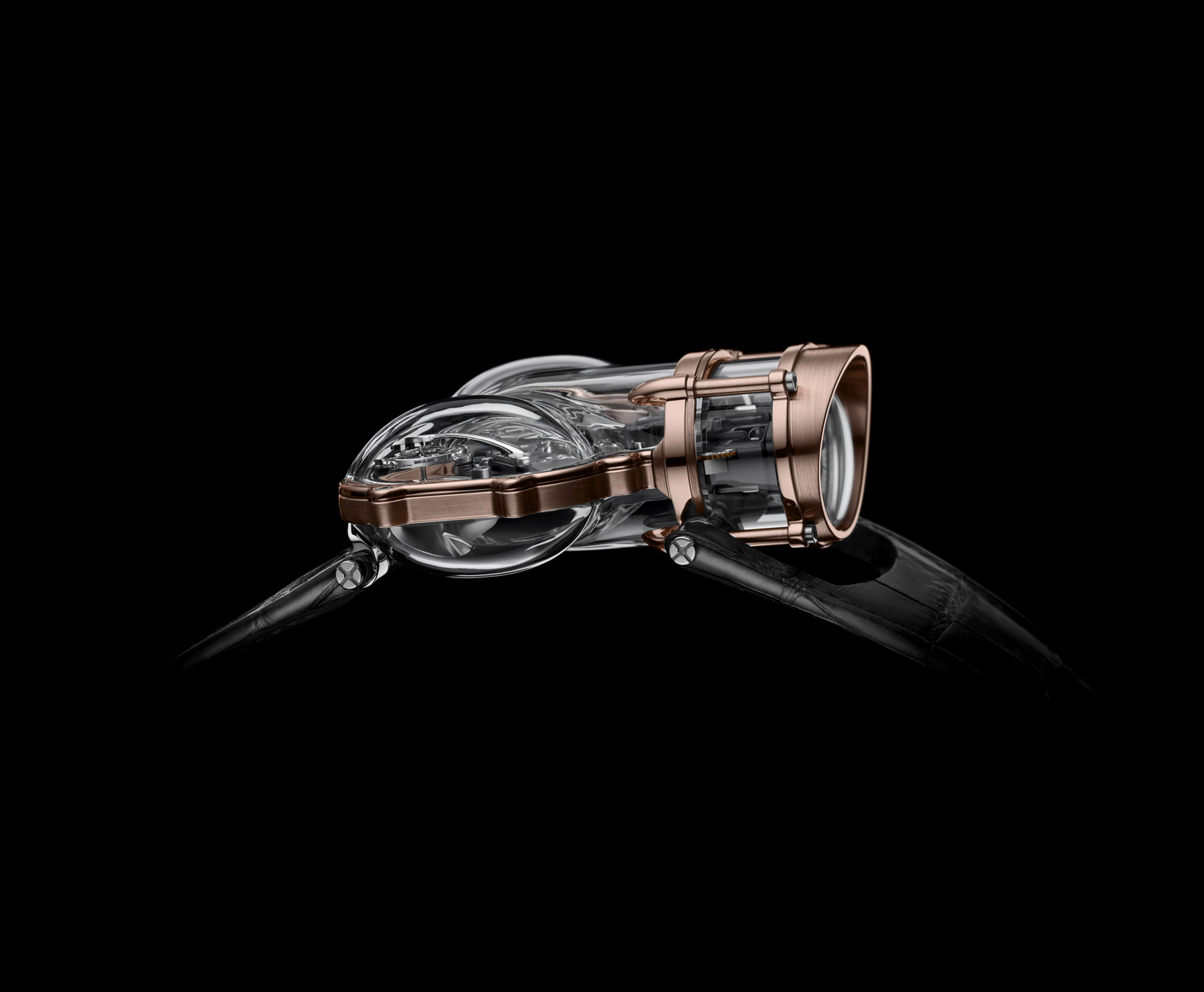 Externally, the lines of HM9-SV glide over the blueprint of its Road and Air-designated predecessors. The laws of fluid dynamics remain dominant in its design, although the hydrogoverned objectives allow HM9-SV to take a more lenient approach to the sharp inward angles and parabolic curves of the previous Flow versions. From a technical standpoint, the reworked dimensions were necessary to account for the differences in material properties of sapphire crystal; although extremely hard, sapphire can fracture sharply under pressure whereas a metal would merely deform. The smoother lines of HM9-SV minimise potential areas of mechanical vulnerability – but they also reinforce its oceandweller’s aesthetic

On the reverse, co-axial beneath each of the balances are propellers: twin turbines that spin freely as an element of pure visual interest, waiting for someone to begin a new type of exploration. Two years after the initial HM9 Flow ‘Air’ and ‘Road’ editions conquered land and sky, HM9-SV
takes us to the depths of the ocean – the last realm on Earth that still holds a wealth of untold secrets. Before you is an exploratory vessel from Atlantis, powered by a divergent technology both familiar and strange to our eyes 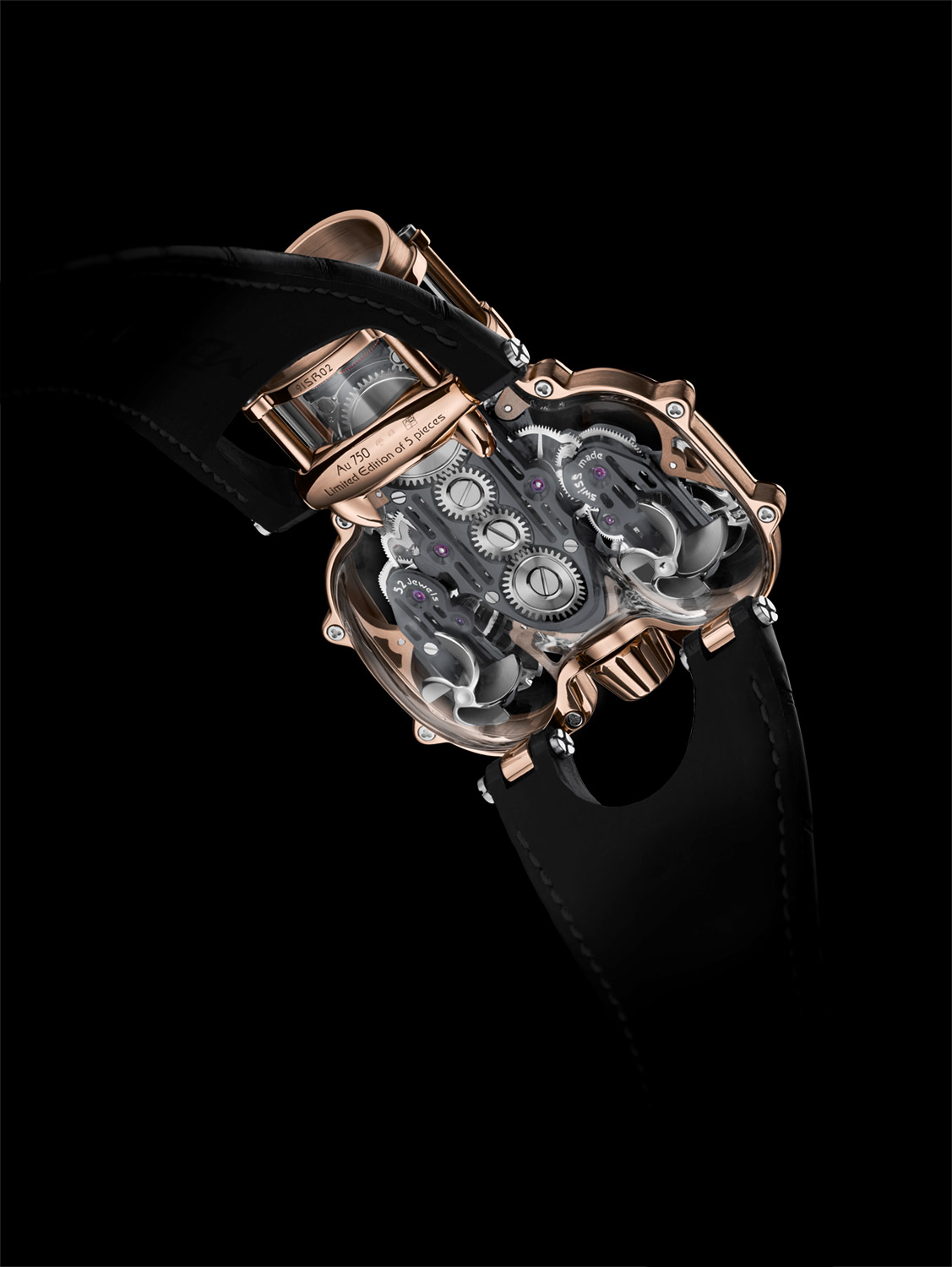