DB28 XP Starry Sky: A distinct chapter in the celebration of the DB28’s 10th anniversary, the DB28 XP Starry Sky comes with its own firmament of infinite blue. Classic inspiration is counterbalanced with an ultra lightweight, mirror-polished titanium case that bears the hallmark floating lugs, giving the watch a modern, even futuristic character. As with an obsession, an eternal quest to represent the most beautiful sky, DE BETHUNE raises the level of complexity even further by creating a blue ‘microlight’ firmament – another first by the Maison of L’Auberson. On the dial’s surface one can then make out valleys and mountains, sloping lines that seem to meld into each other, offering a unique spectacle that never ceases to fascinate. Free and unconstrained, thanks to DE BETHUNE’s mastery of titanium blueing, the multitude of microgrooves create an optical effect that magically plays with light. In the heart of the deep and endless blue, a multitude of small white gold pins, driven in one by one with great delicacy, recreate the magic of a starry night. No two skies are the same: the firmament depicted is that visible from a specific place at a specific date and time as chosen by the client. 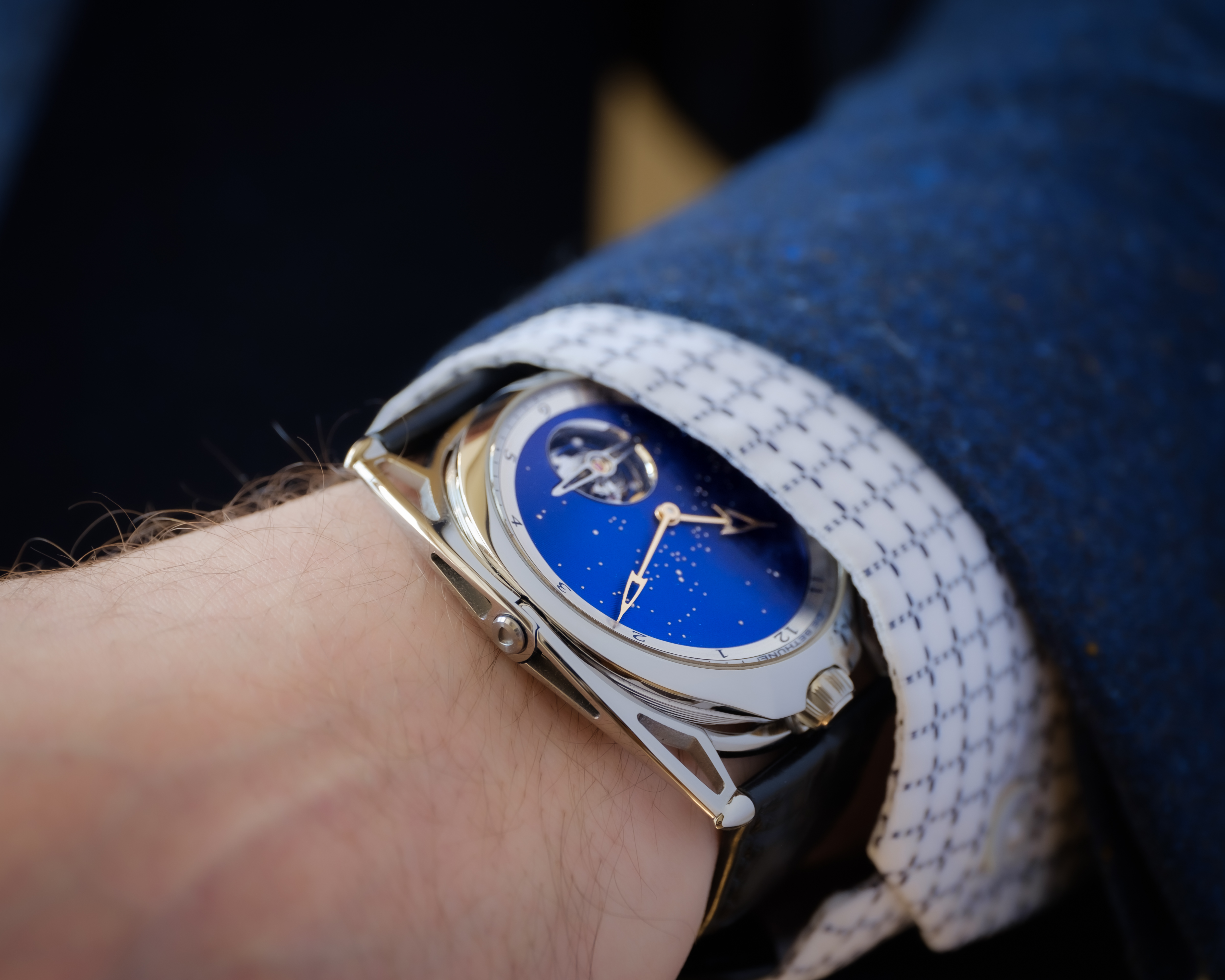