At first glance, the Orb looks like a futuristic model of an eye with its perfectly formed shiny sphere, and its dial taking the place of the iris and the pupil. But nothing is ever quite what it seems with the collaborative clocks of MB&F x L’Epée 1839. The minimalistic structure is composed of four elytra (that’s the technical word for a beetle’s protective wing covers, in case you were wondering) that not only open up, but can also swivel like a transformer to display the Orb in a variety of different positions. The shiny-white version is reminiscent of the first iPods with their lustrous curved cases, a surface that is particularly pleasing to the eye and the touch. 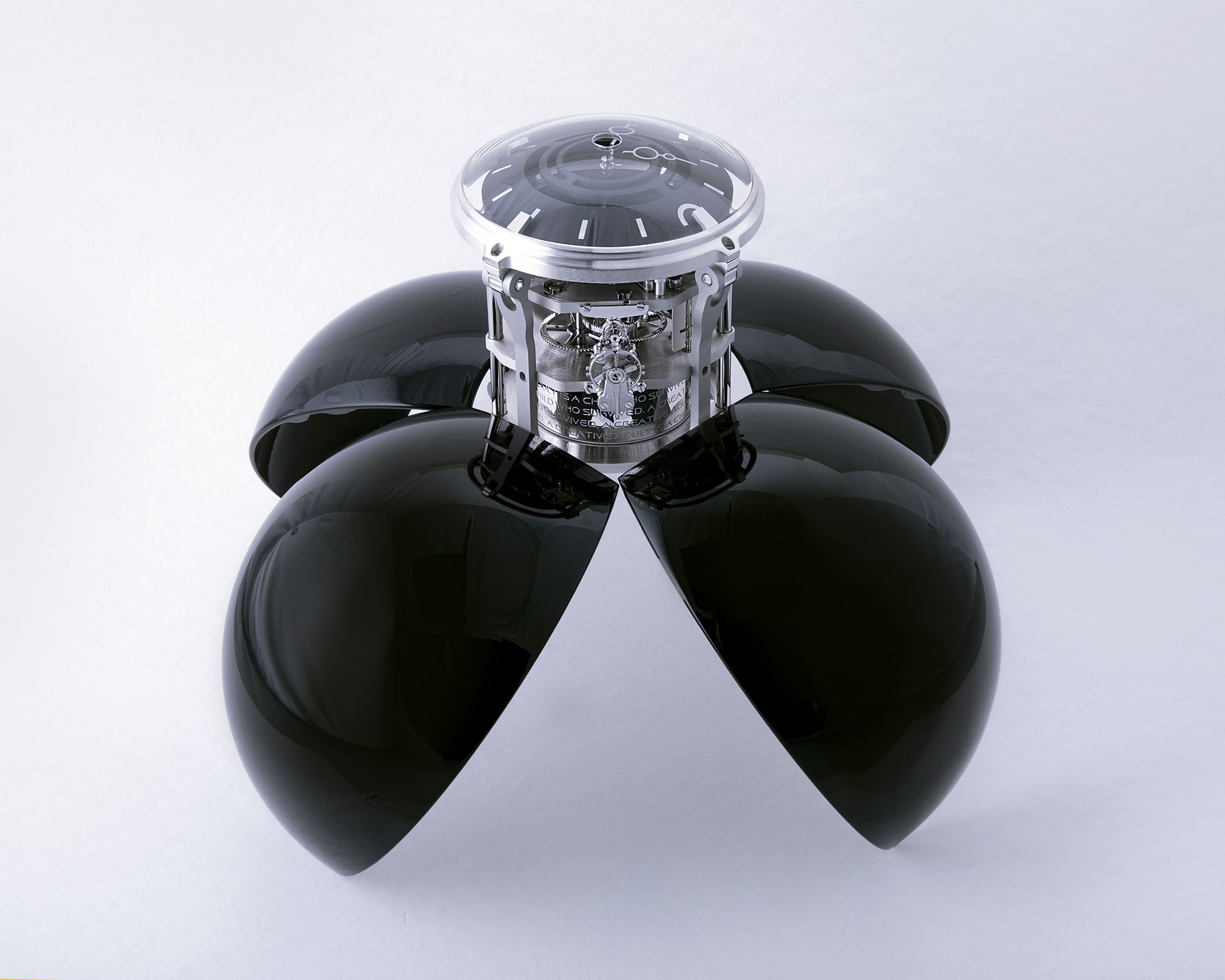 Powering this state-of-the-art clock is a beautiful L’Epée 1839 hour-striking movement with an eight-day power reserve. In contrast to many of the other MB&F x L’Epée clocks, the movement is not perceivable from the outside. But the perfectly formed sphere invites the viewer into the mechanical heart of the piece and the discovery of the movement.There are two barrels, one for the time and the other for the striking of the hours, that are wound separately. The hour mechanism doesn’t just chime the passage of the hour, but indicates the actual hour, like a church clock. This function can also be repeated on demand via a button on the side of the clock, or turned on and off if required.