The Fifth Element is an intergalactic horological weather station enabling accurate weather forecasting even when the power goes down. Four (UFO) elements: clock, barometer, hygrometer, and thermometer combine in a mothership (with Ross, the alien pilot) to create an entity much larger than the sum of its parts: The Fifth Element.

An analogue weather station might at first glance appear anachronistic; however, when the storm hits and the power goes down, the Fifth Element will still work perfectly. And, in the worst-case scenario, you can hitch a ride off planet Earth with Ross. MB&F founder Maximilian Büsser long admired desktop weather stations of the last century, but frustrated in not finding the right vintage model for himself decided to create his own. 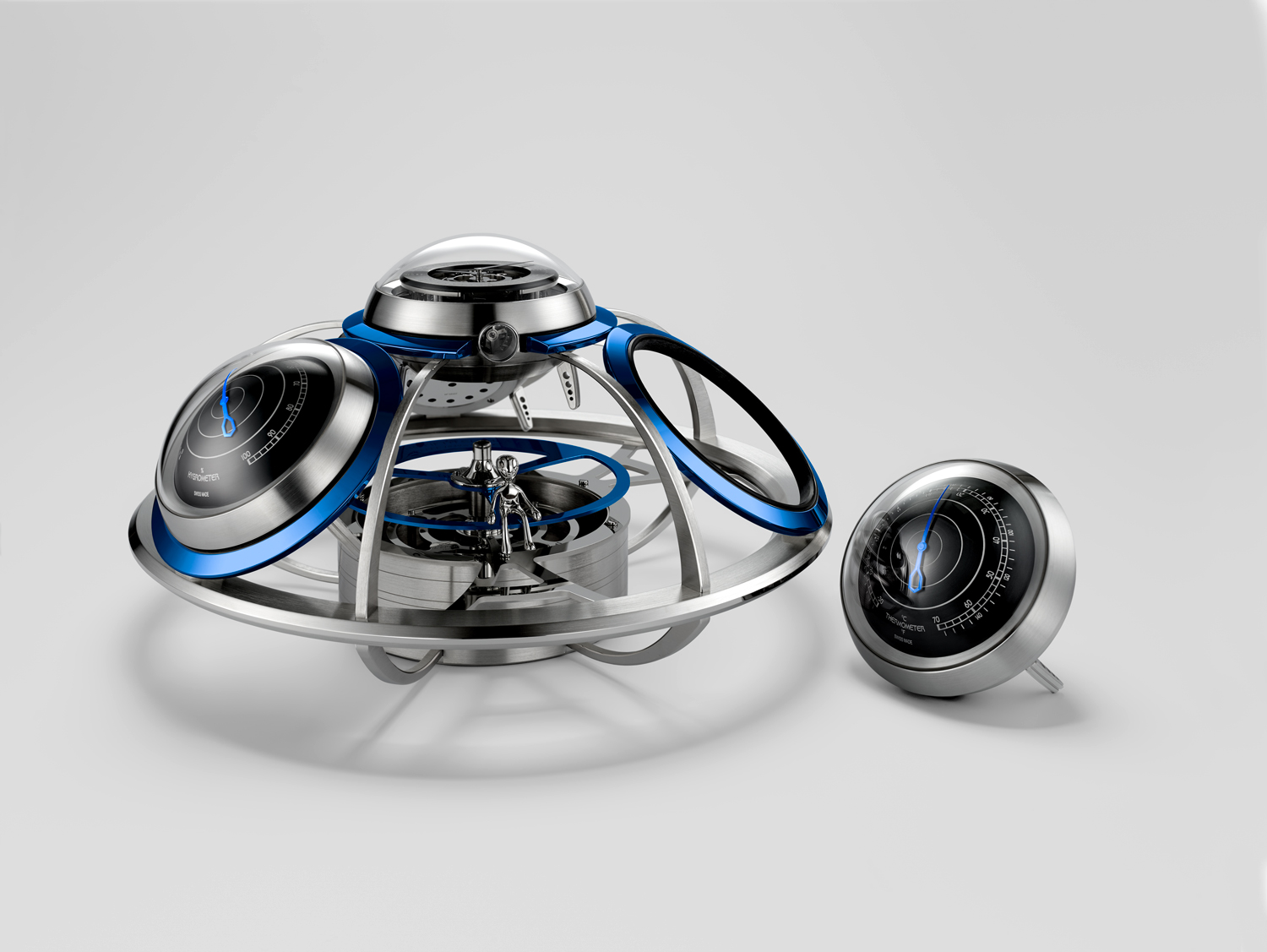 Clock Element Because weather forecasting is based on the speed of changes over time, the accurate time is required for meteorological observations. For the Fifth Element, L’Epée 1839 reengineered and skeletonised their 8-day clock movement to maximize transparency and visual access.