In the Ancient Roman Empire, legendary chariot races took place in the Circus Maximus Arena applauded by 300,000 spectators including the great emperor Julius Caesar himself. This is where fearless slaves risked their lives in ferocious struggles to seize a victory and gain their freedom. Miliarius was the finest of them all, the charioteer with a thousand victories. He was revered by both the public and the elite for his courage, which inspired REUGE to dedicate his name to a unique mechanical artistry.

Every single element of the Miliarius, whether technical or decorative, was made entirely by hand by the craftsmen of the REUGE Manufacture in Sainte-Croix with outstanding quality and artisan expertise. 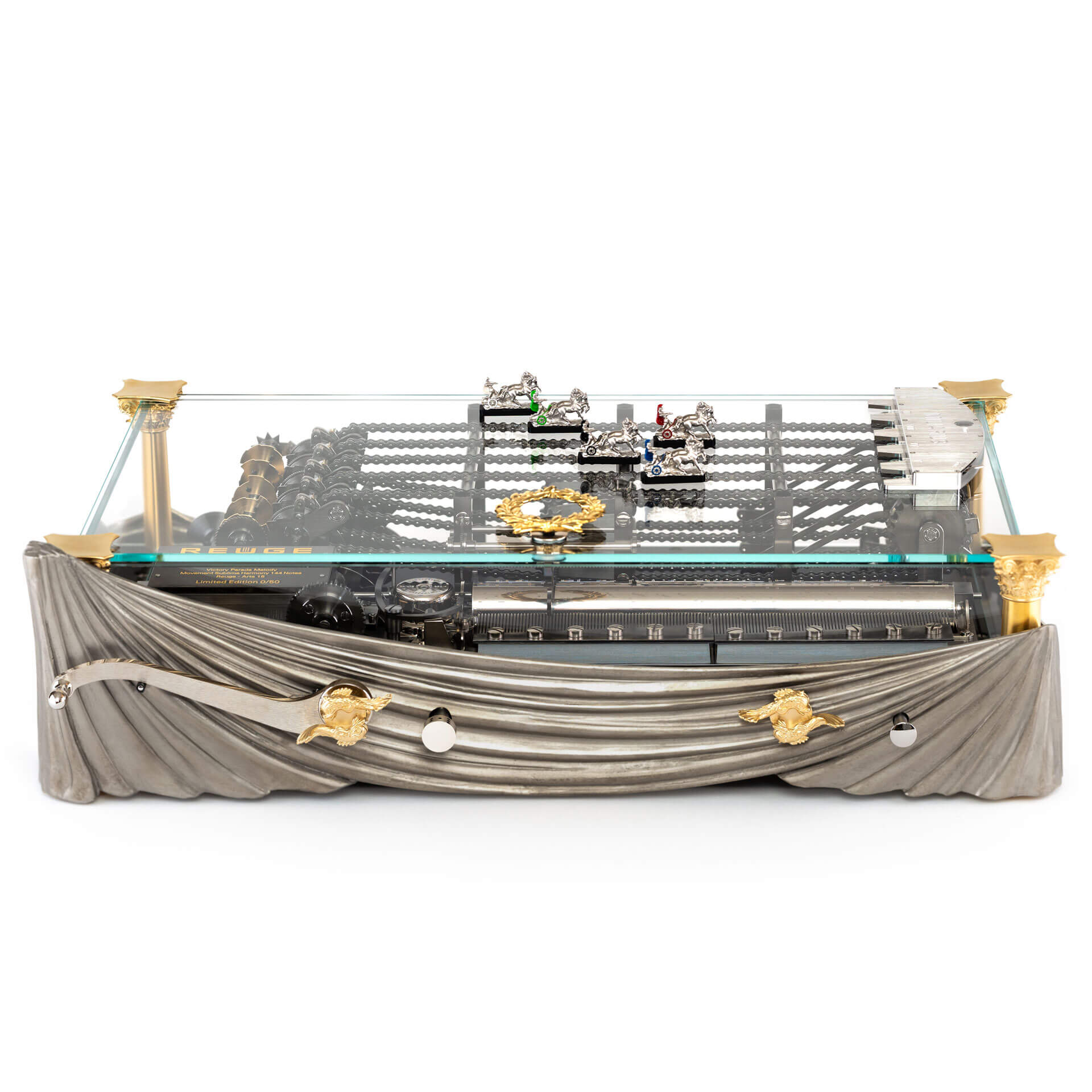 The race starts and bets are cast among the viewers but no one knows its outcome yet because a different horse wins each time. The mechanism of this automaton took months to conceive and develop within the REUGE atelier of Sainte-Croix. It encloses more than 2’200 components which interact flawlessly together, bringing the automaton to life.

Miliarius embodies REUGE’s creativity and know-how. The automaton brings an epic battle back to life; the music consecrates the scenery. Behind the Brand’s mystical quest for an organic sound and a creative motion, lies a desire to transcend an experience. Music and movement engage senses: when played right, when timed just so, they have the power to take us back in time so that we relive emotions we thought were hidden.