The UR-106 “Lotus” features the brand’s signature satellite hours in a guise never before seen. Three satellite hours wander across the dial to create the most graphic of horological blooms. “We never made watches for men and watches for women because we never thought in those terms when we put our ideas down on paper,” explains Martin Frei, the company’s chief designer and co-founder. “We thus embarked on a stylistic exercise that was unprecedented for us. We have of course long considered what we regard as the ultimate challenge, because creating for women is indeed a perilous undertaking. With its glittering gemstones and soft curves we created the UR-106 with one image in mind; that of the lotus flower, which in my imagination represents the beauty of women in all their complexity.” 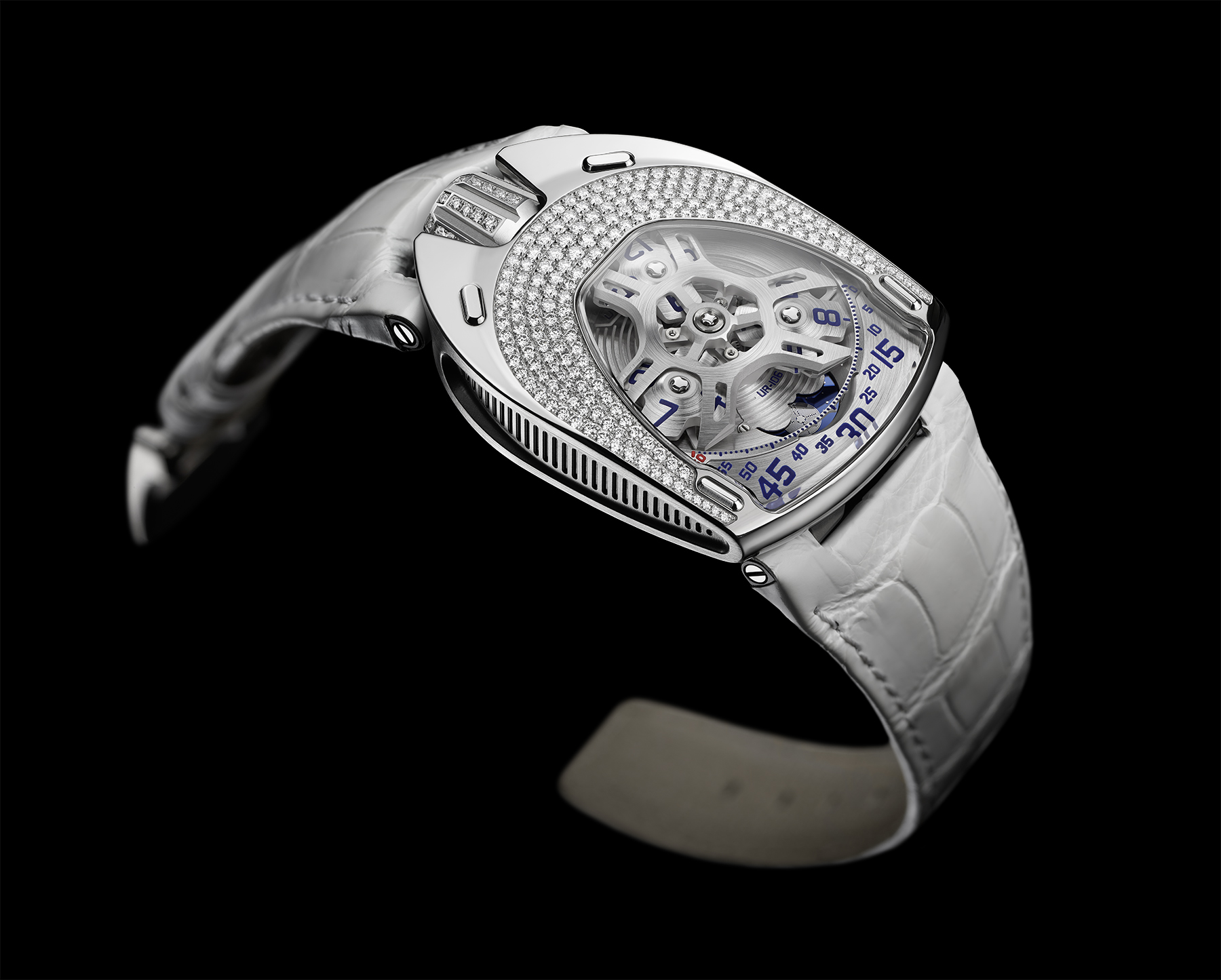 “We wanted to create a clean and elegant watch,” adds master watchmaker Felix Baumgartner, the brand’s other co-founder. “We’ve already made complicated watches, solved some tough technical problems, put huge hands into motion and we have gone to the limits of micro technology, but I must admit that we found this new challenge quite scary. We know how to conceive a new URWERK model or extend the technological limits; after all that’s what we’ve been doing since our watch company was founded 18 years ago. But to talk to women about women is something else. Thinking about the remarkable women who have accompanied us on our journey from hesitant beginnings to our present success made us take the step.”

The UR-106 Lotus features a revised version of the satellite hours. Three satellites, each with four hour numerals, sweep along the minutes scale in an analogue and digital indication of time. A moonphase adds to the display. “We have taken particular care over the slightest details of this
UR-106. It has taken us 18 years to perfect this concept, so we are making no concessions. The carrousel and its satellites have been meticulously satin-finished by hand, and we have painstakingly painted each numeral for the hours and minutes. The extremely fine minutes scale was fashioned in our workshops, the lapis lazuli blue of the moon was selected from hundreds of other colours, while the outline of the lotus on the back of the watch follows Martin’s design exactly. The UR-106 Lotus is just as we imagined it.” 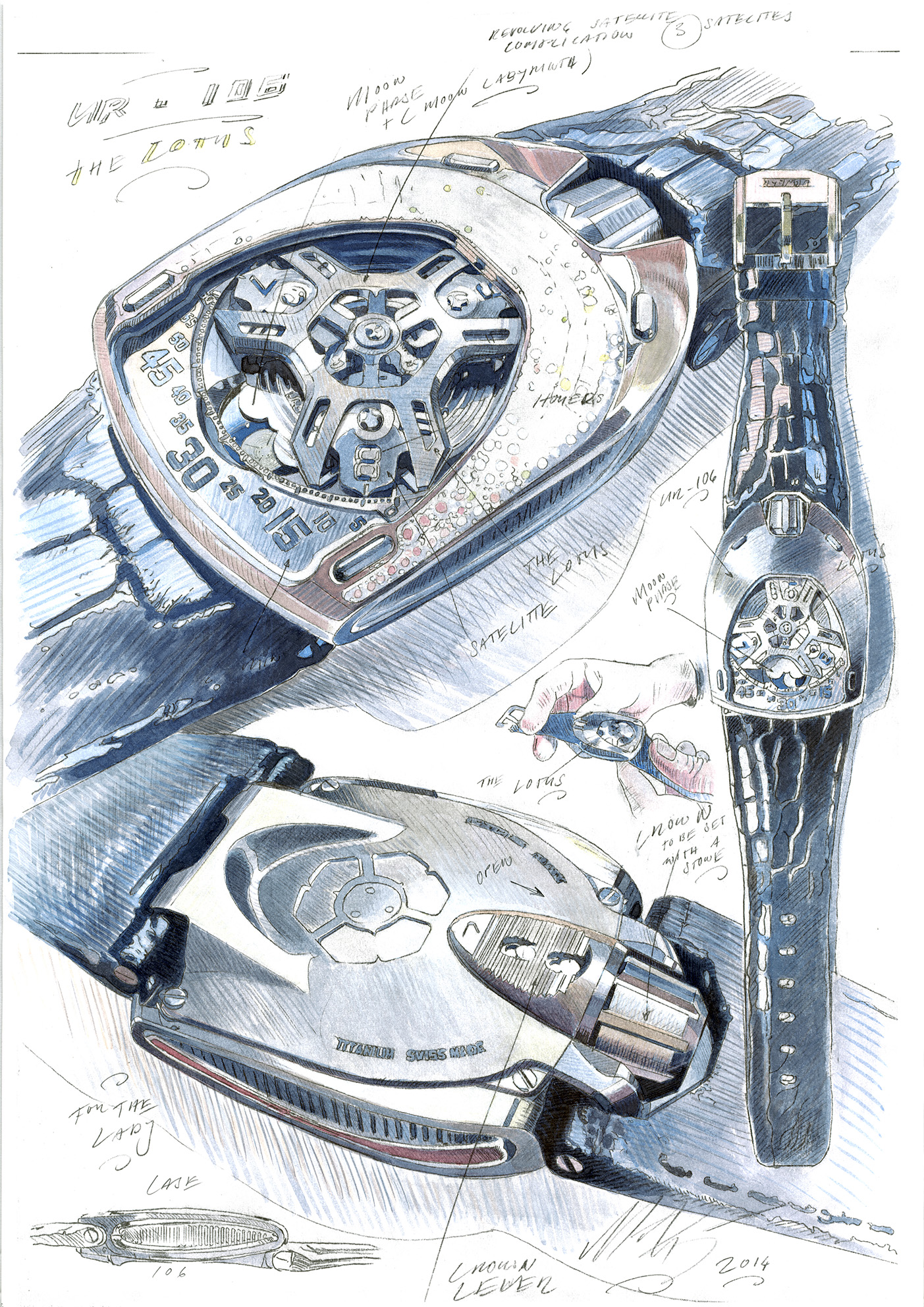