An unprecedented Collocation between H.Moser & Cie and MB&F

H. Moser & Cie. has borrowed from MB&F the concept of three-dimensional movements, a strong element of the Geneva Maison’s identity, protected by a sapphire dome and featuring a one-minute flying tourbillon that rises above the main dial through a ventricular opening appearing at 12 o’clock. Benefiting from the expertise of its sister company Precision Engineering AG, H. Moser & Cie. has equipped its tourbillon with a cylindrical balance spring, the same as that developed by Precision Engineering AG for MB&F’s LM Thunderdome. 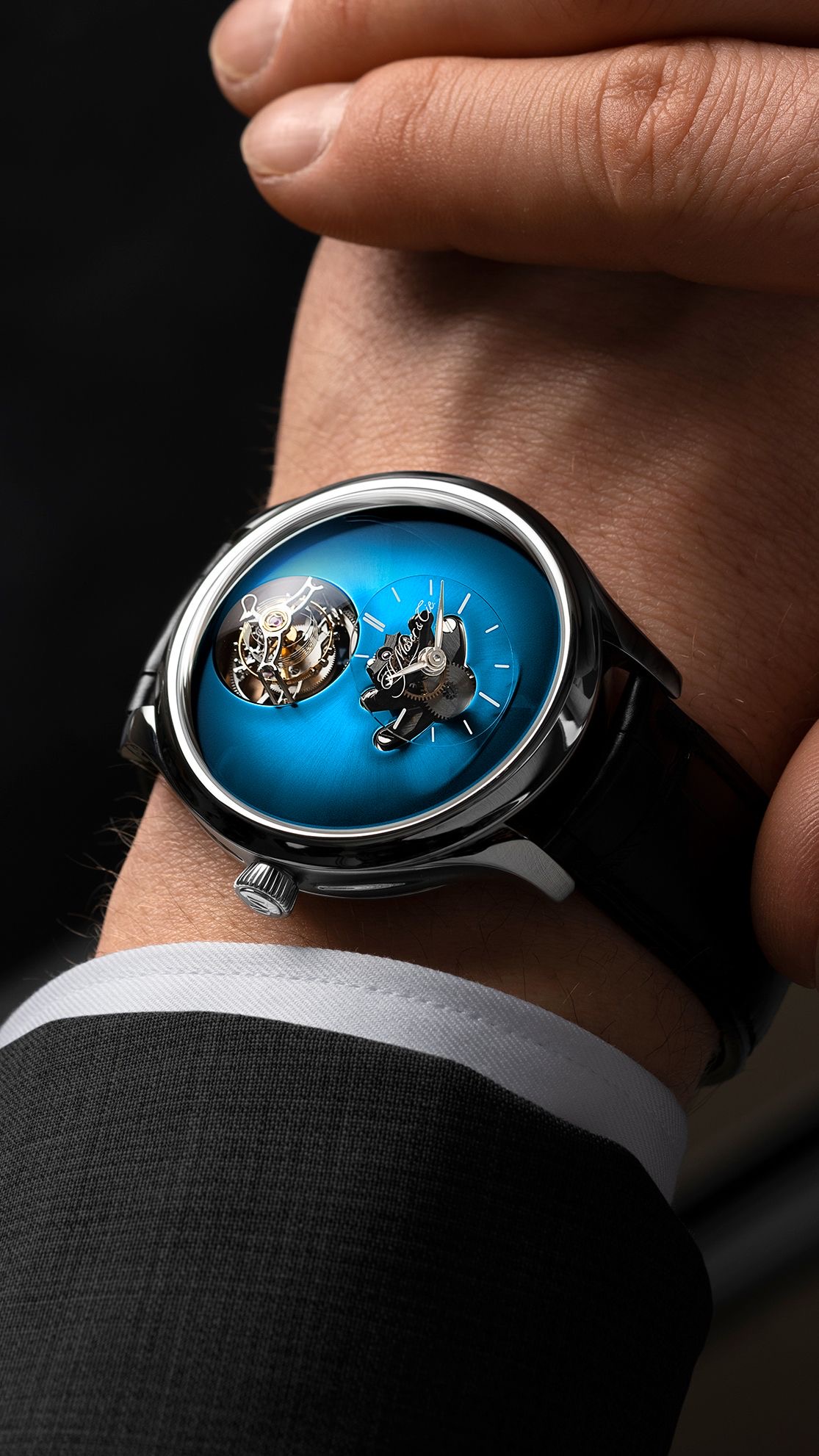 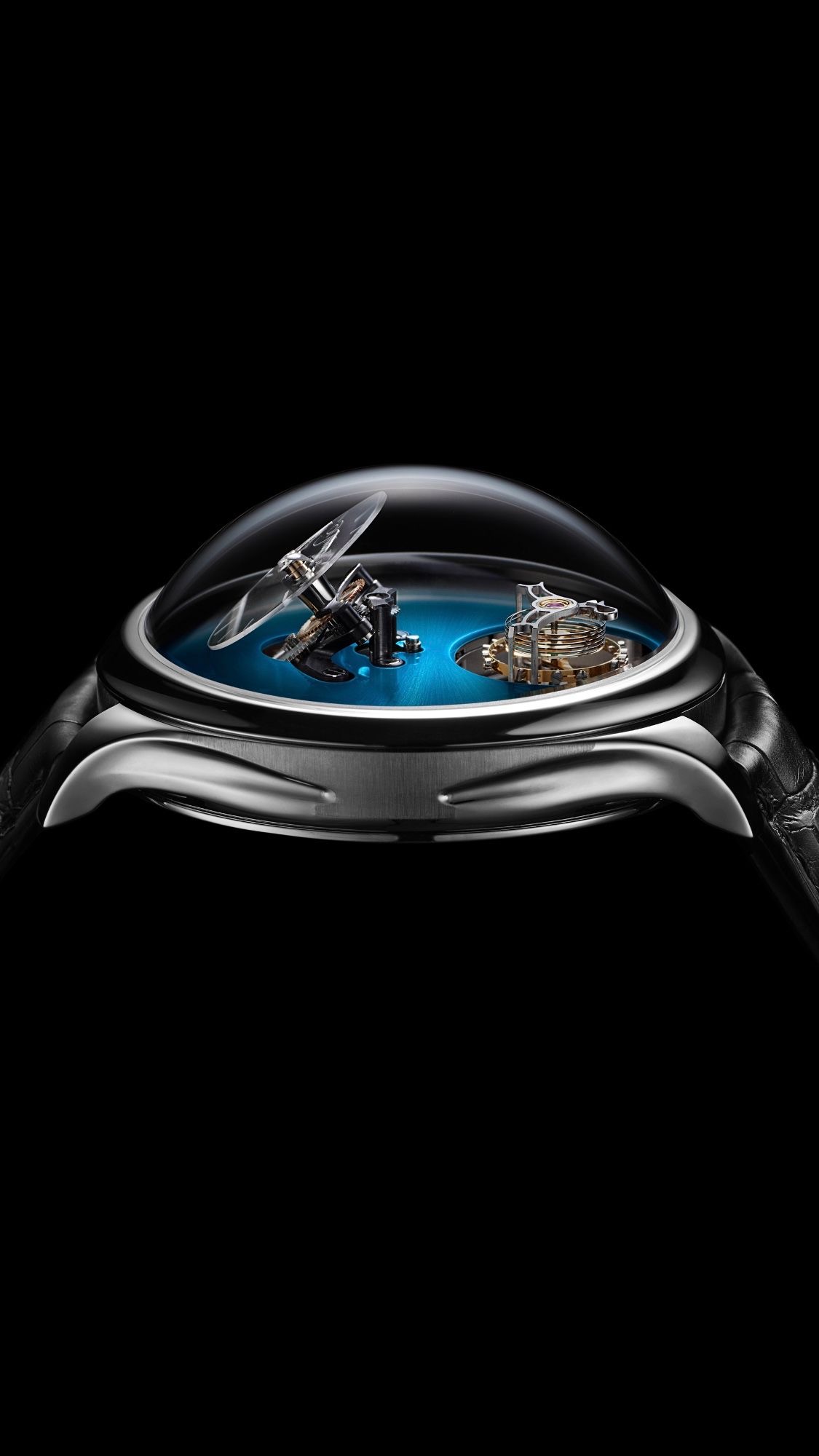 For the Endeavour Cylindrical Tourbillon H. Moser & Cie X MBandF, have combined their very-first cylindrical hairspring in a tourbillon, paired with MB&F’s fittingly three-dimensional inclined dial. They have created four versions in steel featuring either Funky Blue, Cosmic Green, Burgundy or Off-White fumé dials; each limited to 15 pieces. When two worlds from the same galaxy of independent watchmaking collide, the results are bound to be spectacular.