The exclusive union of sport and chronometry

Robert Greubel and Stephen Forsey unveil a new timepiece showcasing a large, high precision and inclined balance wheel within a 100 metres water resistant titanium case tailored for the most active lifestyle. The two inventor watchmakers took up the challenge of fully – and visibly – combining sport and chronometry! The unique ovoid case with ergonomic profile and integrated lugs, provides optimal protection for the movement. With this new calibre, the “Balancier S”, Greubel Forsey pursues the sporting adventure, pushing the technical limits to combine ergonomics, architecture and precision. A new flagship in aesthetics and performance, innovation and craftsmanship.and 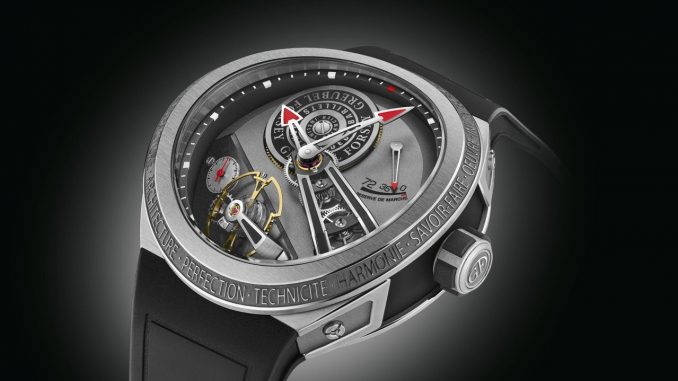 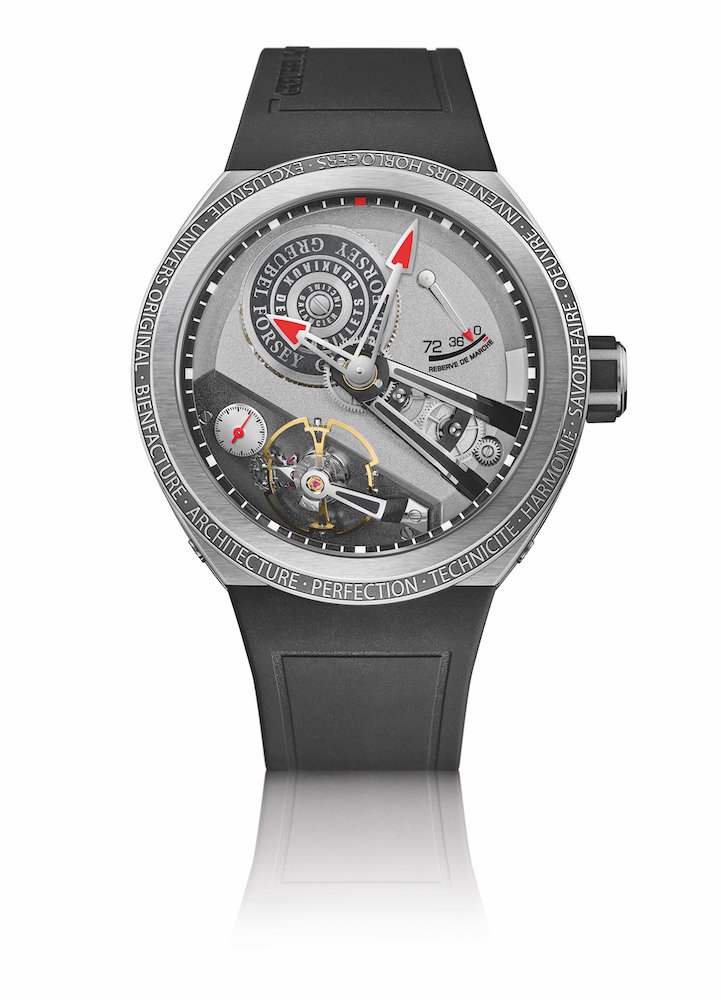 A focus on chronometry
The large inclined balance wheel at 7 o’clock stands out. Aiming above all to improve chronometry, it maximises the space offered by the arched case and sapphire crystal, inextricably linking form and function. In their relentless quest for precision and performance, Robert Greubel and Stephen Forsey have already challenged chronometry, notably by reinventing the tourbillon mechanism with the Tourbillon 24 Secondes, Quadruple Tourbillon and the Double Tourbillon 30°. They chose a new approach here, based on their large balance wheel unveiled in 2016. Entirely developed and made within the Greubel Forsey Atelier, this balance wheel is distinguished by its oversized 12.6mm diameter, ensuring excellent timekeeping performance. To allow fine timekeeping adjustment of the moment of inertia, the balance wheel rim is fitted with six gold regulating screws, inset so as to limit air friction. In this new hand wound calibre, with several patents pending, the imposing Greubel Forsey balance wheel can be seen in an inclined construction for the very first time.

A showcase of exceptional craftsmanship
With two coaxial barrels mounted in series, the 308-component movement has a 72-hour chronometric power reserve, indicated on a sector at 2 o’clock using an openworked red-tipped hand. The central hours and minutes display, with profiled and openworked polished steel hands, is completed by a small seconds hand on the inclined plane of the escapement at 8 o’clock, accentuating the depth and relief of this new calibre. Following the Greubel Forsey creative spirit, technical and architectural innovation is accomplished with unconditional care and craftsmanship for all the components of the movement – whether these are visible through the sapphire crystal, the transparent caseback or hidden in the mechanical mysteries within. 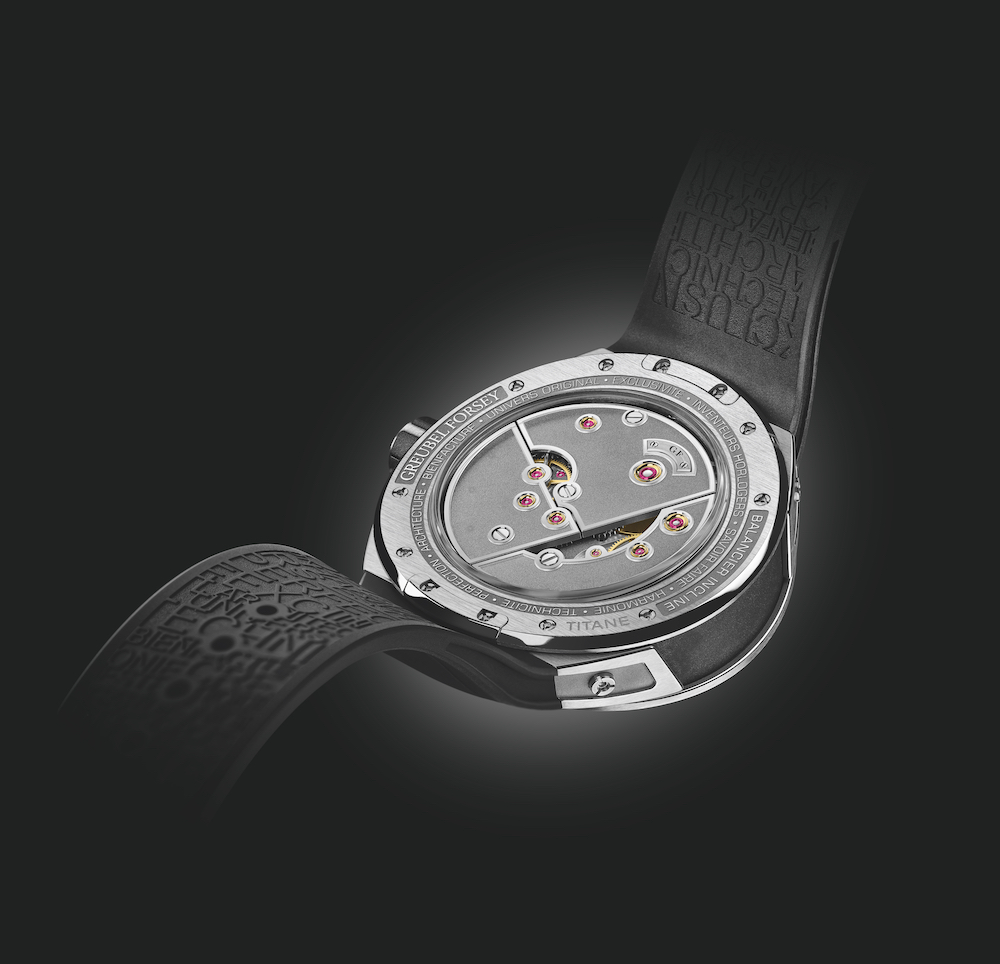