In 2009, MB&F was four years into its creative expression of mechanical art. Horological Machines N°1 and N°2 had established the guiding principles of the Maximilian Büsser & Friends collective: audacious design, transformative micromechanics, untrammelled imagination. Then came Horological Machine N°3; HM3 had everything that HM1 and HM2 had before — the design, the micromechanics, the imagination — but its defiant three-dimensional construction shot MB&F into hyperspace. One year later, in 2010, the vehicle that transported MB&F into a new universe proved its versatility and cemented its place in the hearts of MB&F lovers everywhere, by morphing into the Tribe’s first (and best-loved) mascot: the HM3 “Frog”. 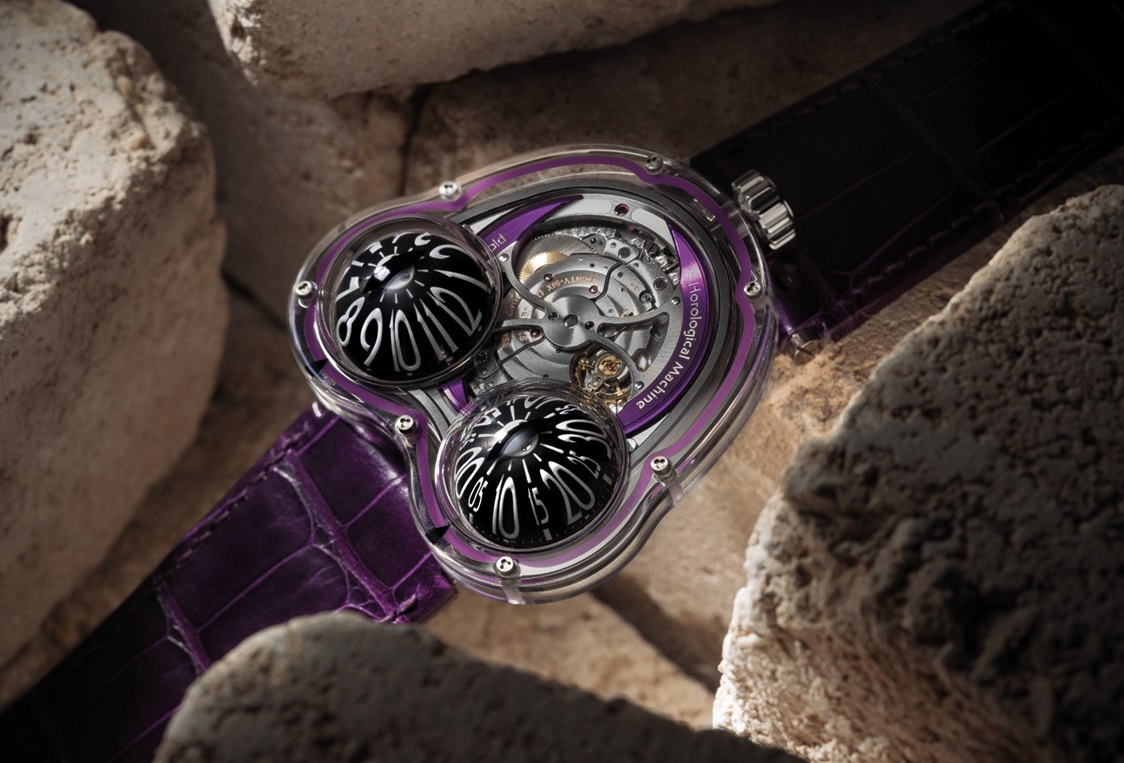 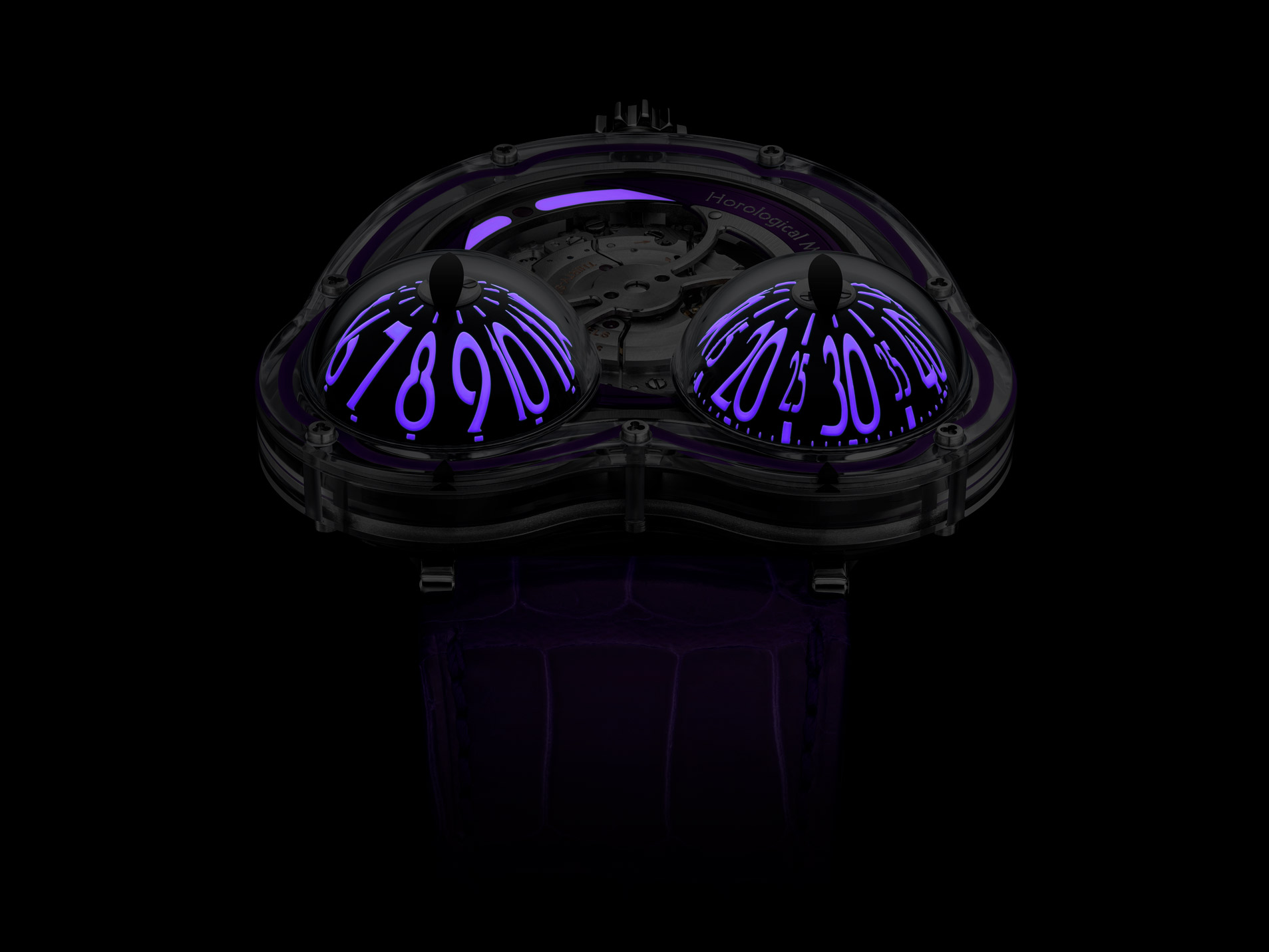 Two globular “eyes” that rotated to give the hours and minutes. A widely grinning “mouth” revealing the occasional bright flicker of the signature MB&F battle-axe rotor as it swept past a date scale. A glistening “skin” of titanium, red gold or exotic zirconium. HM3 Frog may have been small as a specimen of amphibious pondlife, but it was mighty on the wrist as it leapt to iconic status at the crossroads of kinetic art and horology. Now, 10 years after its debut, HM3 Frog makes its comeback,
radiantly exposed in a sapphire crystal case, yet still with a hidden message to be discovered. Presenting Horological Machine N°3 “FrogX”.

For the first time, the HM3 engine is showcased in all its glory, used here in its MegaWind iteration that trades the date display for an expanded rotor. Two paper-thin domes, milled out of aluminium to be as light as possible, indicate the hours and minutes, rotating under markers designed to resemble the lateral pupils of a frog’s eyes. Super-LumiNova accents, like the vivid colours that nature endows upon its feistiest creatures, reveal themselves in fluorescing segments under the rotor and on the time-display domes.
The HM3 FrogX 10th anniversary limited editions are available in three versions of 10 pieces each with blue, purple or turquoise rotors and matching colours of SuperLumiNova and case gaskets 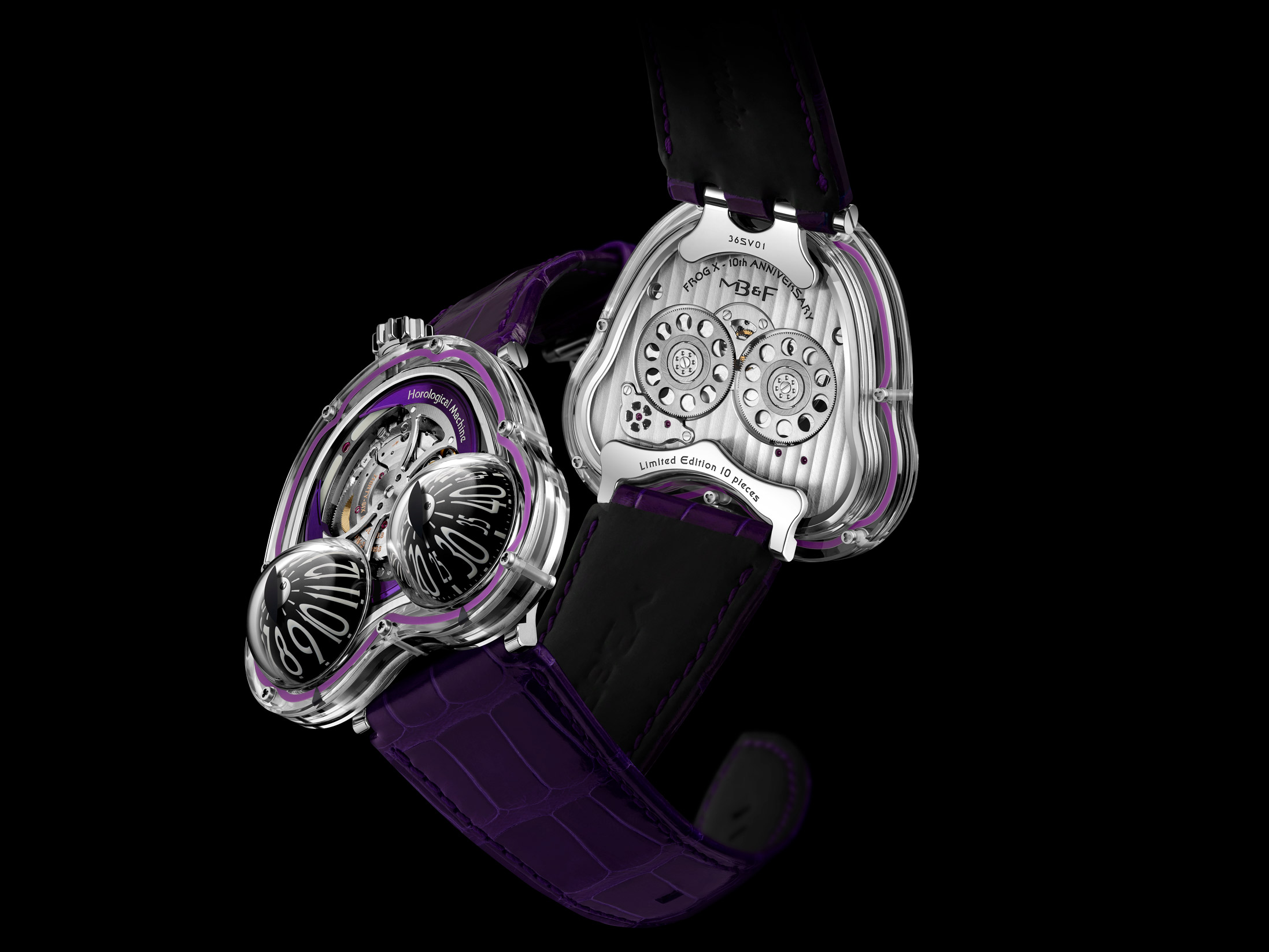