TWO INDEPENDENT TIME ZONES ON TILTED DIALS
Those familiar with MB&F’s very first Legacy Machine will instinctively know how LMX operates. Two dials of stretched white lacquer, each with its own display of hours and minutes. The dial on the right is set by the crown at the 2 o’clock position, which bears an engraving of the MB&F battle-axe and also winds the movement. The crown at 10 o’clock, engraved with a globe to acknowledge the potential use of a second time zone, sets the time of the left dial. Unlike the first Legacy Machines however, both dials are tilted at an angle – a more complex feature present on the most recent Legacy Machines, requiring the transfer of energy from horizontal to vertical planes thanks to conical gears. 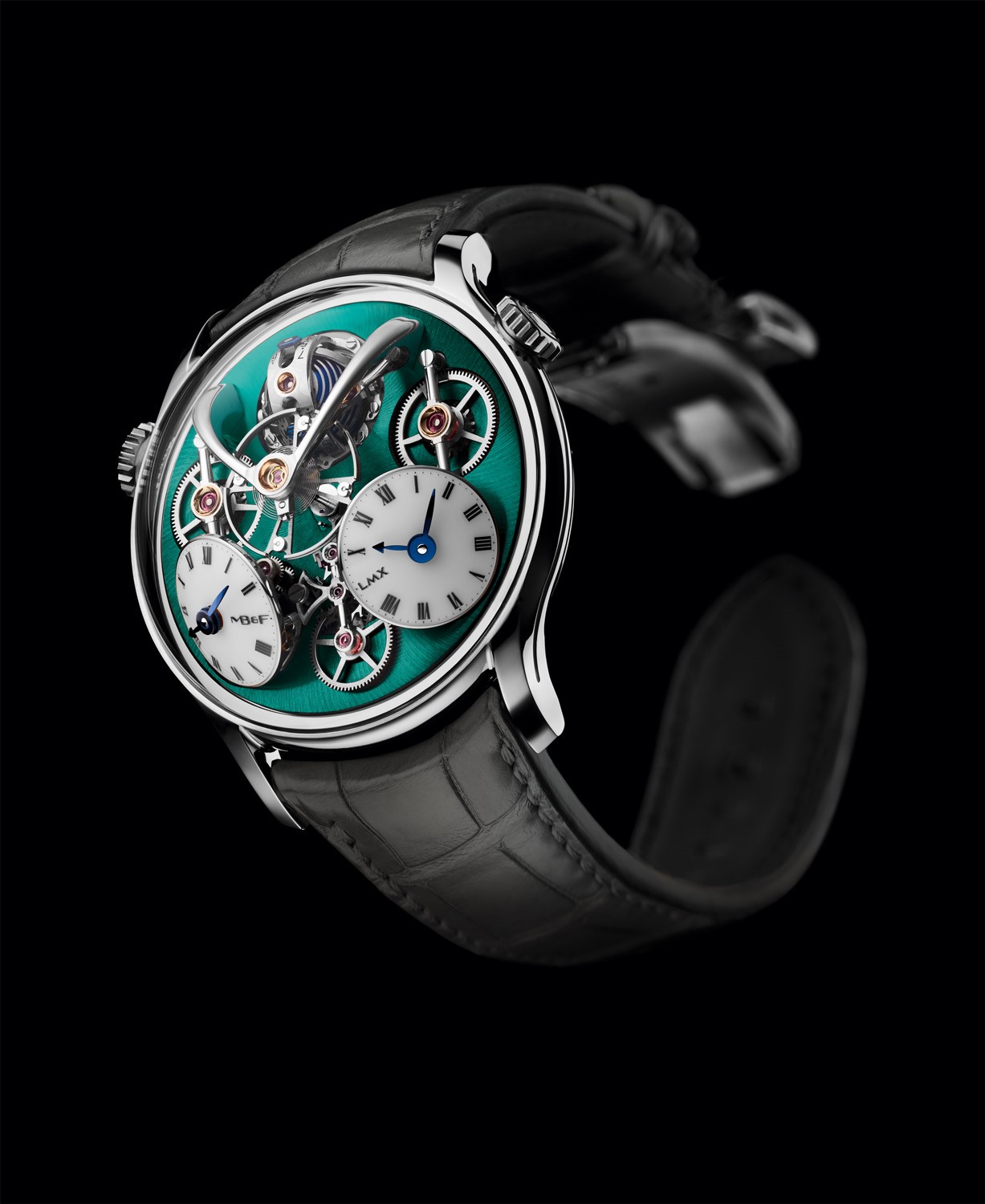 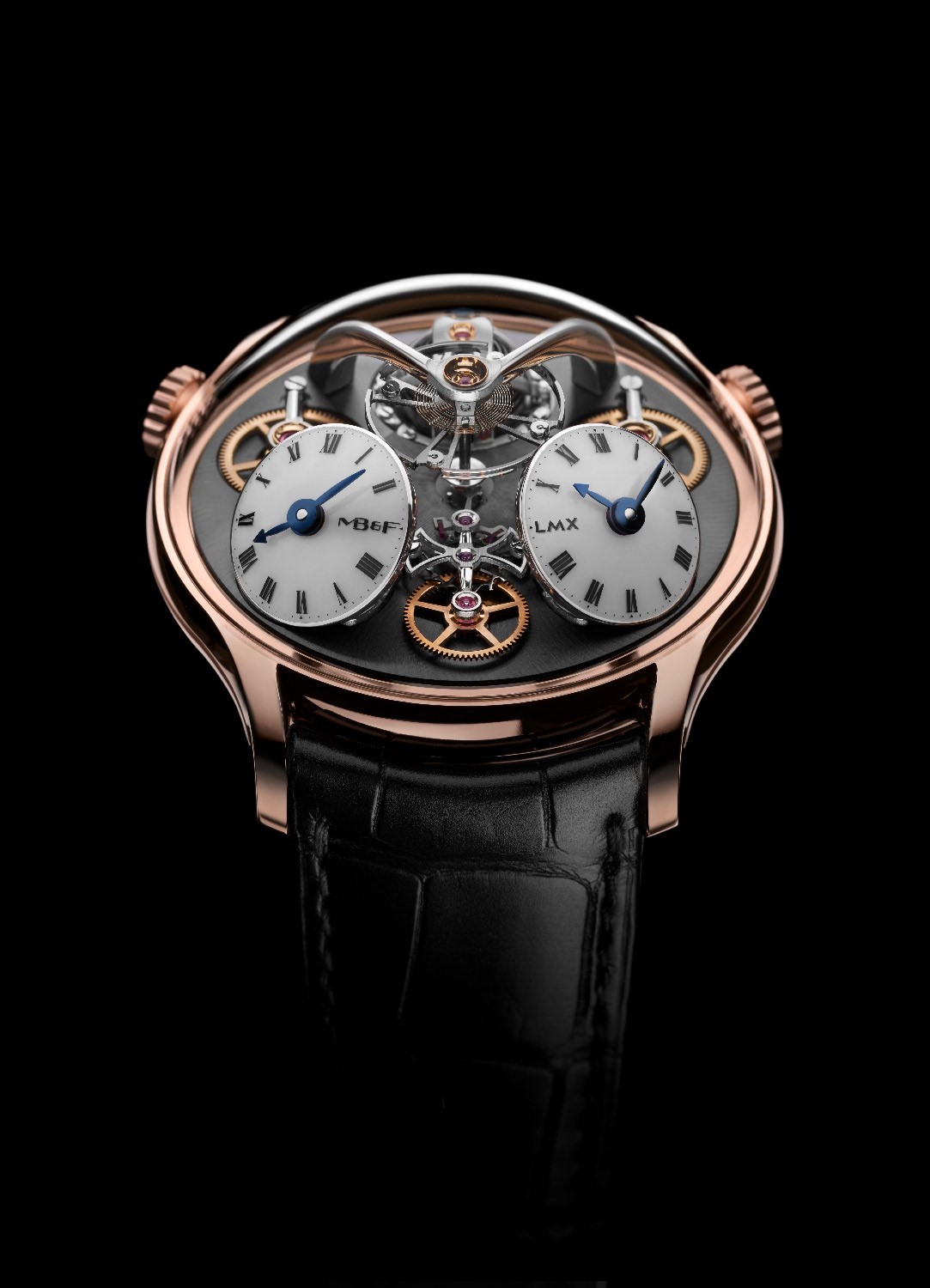 APPARENT MECHANICS UNDER A SAPPHIRE CRYSTAL DOME
While the first few Legacy Machines took a selective approach to what was showcased between dial plate and sapphire crystal dome, later models such as LM Perpetual, LM FlyingT and LM Thunderdome were more open and demonstrative about their mechanical prowess. LMX follows this latter approach, revealing functional elements such as the battle-axe-shaped escapement bridge and gear-train components. Three large wheels are particularly visible: placed next to each winding crown, two are set in motion when setting the time on the corresponding time display, while the gear at 6 o’clock is the common seconds’ wheel.

Of particular note is the new bespoke balance wheel, a 13.4mm behemoth with inertia blocks that marks a departure from the more traditional screwed balances and offers greater accuracy to the watchmaker in regulating the heart of LMX. Other refinements include the polished arms of the straight bridges exposed on the dial plate, manually finished to impart a curved, or bercé, profile on their upper
surfaces 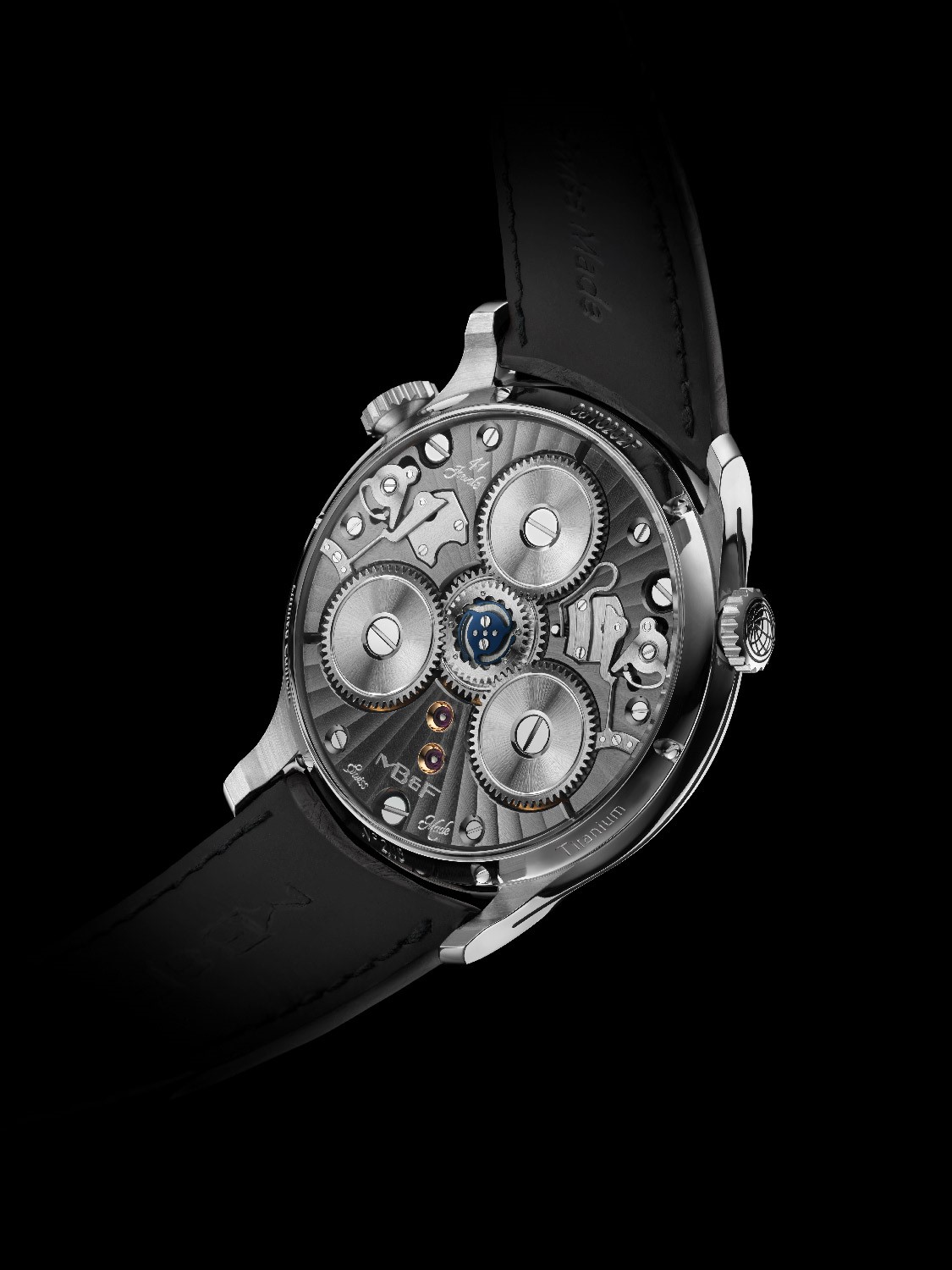